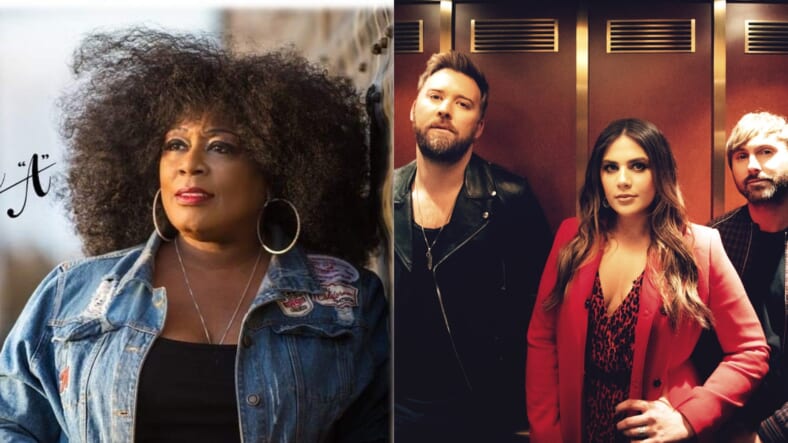 (Credit: Lady A and Lady A)

Last month the mega-successful band formerly known as Lady Antebellum announced its plans to change its name to Lady A, thus removing any association with slavery.

But they are now suing a Black blues singer who has been using that stage name for over a decade in order to follow through with their rebrand.

After appearing to reach an agreement with Seattle-based blues singer Anita White, Wednesday, the country group surprised fans when they announced they were instead suing her.

“Today we are sad to share that our sincere hope to join together with Anita White in unity and common purpose has ended,” members Hillary Scott, Charles Kelley, and David Haywood said in a statement to CBS News.

“She and her team have demanded a $10 million payment, so reluctantly we have come to the conclusion that we need to ask a court to affirm our right to continue to use the name Lady A, a trademark we have held for many years.”

The suit claims that the band has been using the name Lady A, along with their original band name Lady Antebellum, since 2006-2007. They officially dropped Antebellum from their name on June 11 in the wake of ongoing protests against racial injustice.

The entertainers do concede in their claim that White has identified as Lady A since 2010 and that she also features her music on a Spotify artist page. But they also pointed out that her artist page at the time of the court filing only had 166 monthly listeners, compared to the band’s more than 7 million.

“White’s attempt to enforce purported trademark rights in a mark that Plaintiffs have held for more than a decade,” read the suit.