The two veteran Black officers have opposing views on the movement 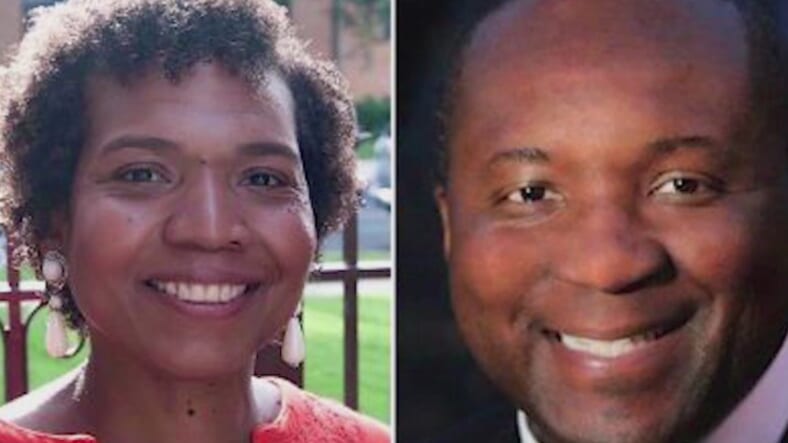 A police officer in Chicago has filed a complaint against another cop because they took a kneel in support of the Black Lives Matter movement.

Both officers are Black and have been on the force for more than 20 years, Fox 32 reported. However, they have very different views about the rejuvenated Black Lives Matter movement that has dominated the national conversation following the death of George Floyd.

Officer Carmella Means kneeled in front of the Fraternal Order of Police’s headquarters and held a sign that affirmed Black Lives Matter last month. She wanted to send a message of her own.

“Just because someone wants a better police department or is standing up against corruption in the police department and police brutality, doesn’t make them anti-police. I am pro-police,” Means, a 25-year veteran of the Chicago Police Department, said.

Means’ best intentions weren’t welcomed by fellow officer Frederick Collins, a 27-year veteran of the CPD.  He formally filed a complaint to have her sanctioned.

Collins told Fox 32 that he does not support Black Lives Matter and claimed that it was a destructive force.

“To have organizations that wish us dead, call us the N-word…that destroy stores in our neighborhood, that promote violence… how could you kneel in support of that type of organization?” Collins told FOX 32.

Collins is supported by the FOP who claim that Means violated their constitutional by-laws and has not done her part to foster a fraternal atmosphere. Officers who kneel have been threatened with the loss of their jobs.

“If you kneel, you will be brought up on charges and thrown out of the lodge,” FOP President John Catanzara said last week.

Collins felt it was right for her to be kicked out of the FOP because she failed to address her concerns in a more proper way.

“I think that if she had a gripe, the lodge offers you plenty of opportunity to bring anything before the members,” he said. “I’ve been out there in the marches, I’ve held my fist up, but we aren’t going to kneel before anyone but God.”

Means will come before the FOP in the next 30 days but does not know if she will have a fair trial. She brought up their previous involvement in the death of 17-year-old Laquan McDonald in 2014 after he was shot 16 times by former police officer Jason Van Dyke.

He was ultimately convicted of second-degree murder and 16 counts of aggravated battery with a firearm last year and sentenced to six years and nine months in prison.

“Jason Van Dyke unjustly murdered Laquan McDonald and shot him 16 times. The FOP fully supported him and gave him a job,” Means said.