The foundation is not affiliated with the Black Lives Matter movement 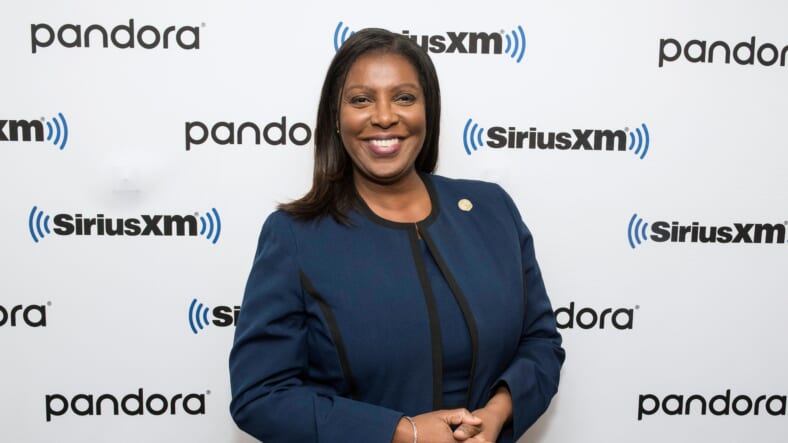 The Black Lives Matter Foundation has absolutely no affiliations with the Black Lives Matter Movement. But after confusion from the misleading name lead to millions of donations being sent to the foundation in error,  New York Attorney General Letitia James has ordered the group to stop soliciting donations effective immediately.

READ MORE: Black Lives Matter Foundation received millions in donations but is not affiliated with movement

As we previously reported, over the last several weeks employees from big companies like Apple, Google, and Microsoft have raised millions of dollars for the Black Lives Matter Foundation believing the funds would be going to the racial justice movement that seeks to end police brutality.

But in June it was discovered that the “foundation” is a Santa Clarita, California–based charitable organization that only has one paid employee, a UPS store listed as its address, and instead of fighting against police brutality, seeks to bring the community and police closer together.

In response to this shocking bit of news, NY AG James has said that her office will “fight for transparency so that donors’ goodwill isn’t preyed upon by opportunists.”

According to the NY Post, James sent a letter to the foundation’s president, Robert Ray Barnes demanding that he immediately stop soliciting donations in her state and also file financial reports disclosing the amount of money he had raised under false pretenses.

“I don’t have anything to do with the Black Lives Matter Global Network. I never met them; never spoke to them. I don’t know them; I have no relationship with them,” Barnes conceded during a lengthy interview with Buzzfeed. “Our whole thing is having unity with the police department.”

“The Santa Clarita group is improperly using our name,” a spokesman for the Black Lives Matter movement told the publication when they broke the story in June. “We intend to call them out and follow up.”

Due to scrutiny from the media, companies including GoFundMe have been notified of the copycat foundation and others like it, prompting them to freeze the majority of the funds raised.