Tyrese Devon Haspil has been accused of killing the entrepreneur 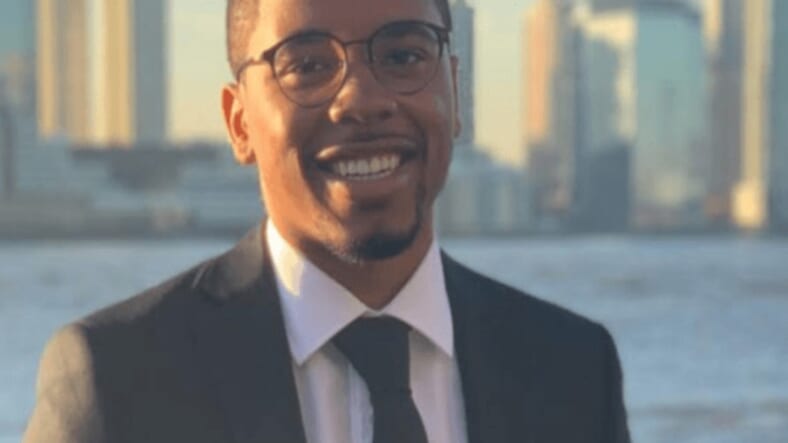 Tyrese Devon Haspil, the suspect in the murder of entrepreneur Fahim Saleh

Earlier this week tech entrepreneur Fahim Saleh made headlines after his dismembered body was found at his luxury Manhattan condo. In a shocking turn of events, authorities have now arrested his personal assistant in connection with the gruesome crime.

According to The New York Times, on Friday morning, Saleh’s personal assistant Tyrese Devon Haspil, 21, was placed in custody and expected to be charged with second-degree murder.

Sources close to the investigation say authorities believe Saleh was murdered and decapitated after he’d discovered his assistant had embezzled tens of thousands of dollars from him.

Surveillance cameras in Saleh’s apartment building show a masked man in a black three-piece suit getting on Saleh’s private elevator and a struggle before the doors close. Police say Haspil first tased Saleh, then stabbed him in the neck, killing him.

Police believe the entrepreneur had shown mercy on his employee and opted to set up a payment plan for him to repay the money instead of reporting him to authorities.

The New York Post reported that it was $100K and that Haspil had not honored the agreement to repay.

Detectives began looking into Haspil as a person of interest after they found text messages between the two men in which Saleh accused Haspil of stealing the money.

It remains unclear when the alleged theft occurred, but law enforcement believes Saleh was most likely killed on Monday – a day before his body was discovered by his sister when she went to his $2.2 million Manhattan apartment after not hearing from him.  It is believed that she interrupted Haslip as he sought to conceal the crime. He allegedly fled down a rear staircase.

Police sources have also told the Daily Beast that Haspil allegedly used his employer’s credit card after the murder to purchase a power saw and cleaning products at Home Depot. The card was also used to travel to and from the crime scene.

The current theory is that Haspil waited for the victim’s blood to coagulate and then returned to Saleh’s apartment on Tuesday to dismember the tech entrepreneur’s body.

When responding officers arrived at the scene, the victim’s torso was found in the corner of his living room while his head, arms, and legs had been separated into plastic bags. An electric saw was reportedly still plugged into the wall, while a vacuum cleaner and cleaning products were also found nearby.

“This was an act of charity that turned into an act of murder,” a police source told the Post.