The 'Being Mary Jane' and 'Imposters' actor opens up about his upcoming TV One film and more in an exclusive interview with theGrio. 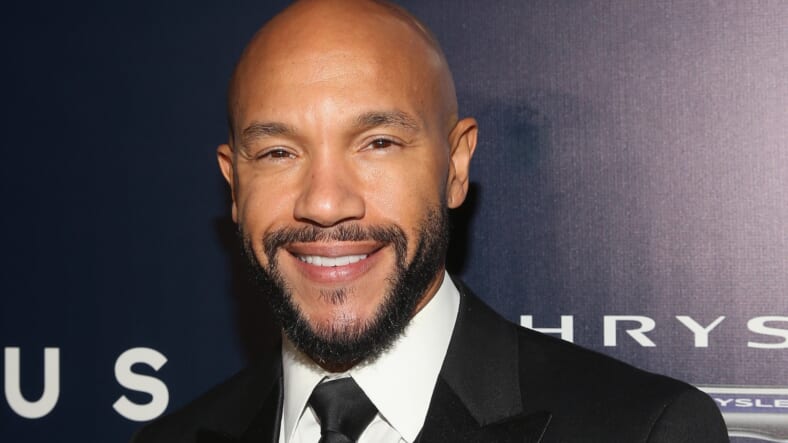 Despite the total shutdown of the film industry in March, actor Stephen Bishop is on a roll. He has two films about to come out, has found a measure of peace during quarantine, and is using his platform to support causes he loves.

Bishop says that he’s fortunate to have had work in the can before the coronavirus pandemic hit.

“I’m just happy that I was blessed to be able to get work in before the pandemic hit, and to be able to put something out into the arena during the pandemic,” he told theGrio. “I hope everybody enjoys both of the things that are coming out. I look forward to getting back to work as soon as possible,” he shares with theGrio.

Coins For Love starring Bishop as well as Hollywood talents Essence Atkins, Kendrick Cross, Karon Joseph Riley and TC Carson, is the sequel to the 2018 rom-com, Coins For Christmas. Atkins plays Madison Morris, who continues her efforts towards leveling up financially, professionally and romantically.

“We had a really good time shooting Coins For Christmas, so it was a no brainer for me to want to come back and work with her [Essence] again. I really liked the entire crew and the cast and everybody. So it was great. Essence is a professional and she’s really easy to work with.”

Bishop says he can see some similarities with his character, Alec Darby, who has made some changes since the movie’s first installment.

“In the first movie, we see Alec, who’s very self-absorbed coming right out of being a superstar football player, and he’s got some growing up to do. In this installment, we see him carrying over some of the humility that we saw from him at the end of Coins For Christmas into this movie.

He’s still in the mindset of wanting to do things for other people and caring about other people’s feelings and things like that. He’s still Alec so he’s still got a little rough edges but you know he’s a lot better than he was in Coins for Christmas,” Bishop says.

Although Bishop enjoys playing the character and draws from his own life experiences to do so, he says he’s not quite the same as Darby.

“I am an ex-athlete so we have some similarities in that regard but I like to think that I’m a little bit less self-absorbed. I’ve always been a pretty compassionate person. I care about other people, you can tell just following me on social media. So, I’m not as about myself all the time as Alec was.”

Bishop, 49, played several years of minor league baseball until he started pursuing an acting career. He got a big break on BET’s Being Mary Jane, starring along with Gabrielle Union as her commitment-challenged boyfriend, David. He’s also appeared on Bravo’s Imposters and on Criminal Minds on CBS.

Bishop’s also starring in the Netflix film Fatal Attraction alongside Nia Long and Omar Epps. Bishop says working with both talents is a high point of his expanding career.

“I got a chance to work with a couple of, you know, icons in our community, Nia Long and Omar Epps and that was an actor dream come true for me. I’ve been a fan of both of theirs for a long time, and, getting a chance to work opposite Nia for the most part, was great,” he says.

As an actor, Bishop says there is growth in Hollywood telling Black stories although he notes there is still progress to be made. He hopes to explore different roles onscreen as both he and the industry continue to empower Black stories.

“Over the last 5, 7-8 years, Hollywood is starting to do a good job of bringing a more diverse story from the Black community to the table. We’ve proven that we’re a viable box office option, so I think more and more types of stories are starting to be told.

Black Panther was a huge success and Moonlight was a very different type of story. I think we’re getting more and more opportunities and and proving over and over again that our stories resonate with not only our audience but with the mainstream and other cultures. More work can still be done, but I think that we’re on the right track,” says Bishop.

Currently, while the COVID-19 pandemic has slowed down production, Bishop is spending quality quarantine time with his family that includes a daughter, Charli, and stepson Kaiden, with model/actress Jeziree Dizon.

“Fortunately, I don’t do a whole lot anyway, outside of the pandemic. You know I play golf, and I work out – that’s pretty much it. I’m at home, or I’m working out, or I’m playing golf, if I’m not working. My golf club has been open for the majority of the pandemic so I’ve been able to have a little bit of normalcy,” says Bishop.

As for Coins For Love, Bishop hopes fans will “enjoy the fact that we get to see a little bit more of everybody’s story.” Directed by Jamal Hill and produced by Swirl Films for TV One, Coins For Love debuts Sunday, July 19, at 9 p.m. EST followed by an encore presentation at 11 p.m.