The rapper and the woman identified as Maya A. Moody's dispute stemmed from a comment from Moody about rappers in relationships with light-skinned women 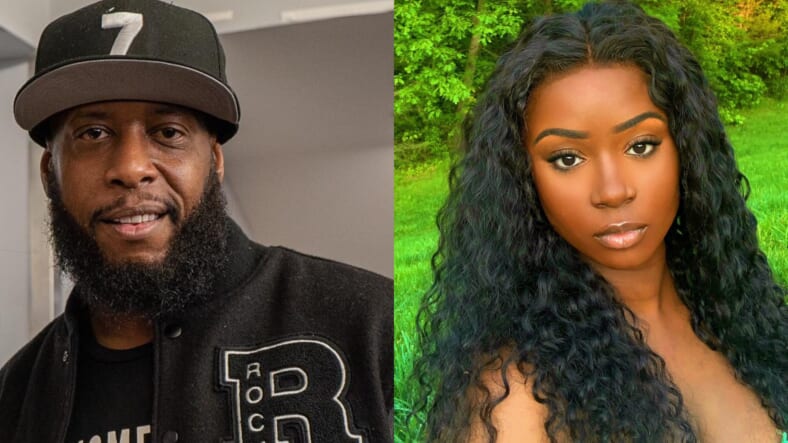 Talib Kweli has been under fire over the last week after his followers noticed that he had been engaging in a days-long debate with a Black woman for speaking about colorism in the Black community.

Initially, a Twitter user asked their followers to name rappers who married Black women besides Snoop Dogg. When another user provided a list of the Black rappers who are married to Black women, Talib’s name was on that list.

That’s when user Twitter @MoneyyMaya, who identifies herself as Maya A. Moody, pointed out that most of the women on the list were also light-skinned, noting, “Literally almost all of them are married to light skinned women but that’s a conversation for another day.”

The rapper eventually responded to Moody’s tweet, writing, “Nah let’s have this convo today. Are we talking all of my relationships? My children’s mother as well? Or are you only talking about who you think I’m currently in a relationship right now? I mean, is any of this really any of your business?”

From that point forward, the entertainer and the woman went back and forth for 10 days.

Eventually, Moody claimed she and members of her family were being harassed and threatened by online trolls. She also explained why she’d addressed the colorism topic in the first place.

“This tweet was made to address colorism and desirability politics within the Black community: specifically amongst Black entertainers,” she began. “This was not an attempt to invalidate the Blackness of light skinned people, but to bring awareness to the well known fact: that Black rappers, athletes and entertainers prefer to date and marry light skinned and nonBlack women.”

Moody claimed she and her family members were being harassed and threatened by online trolls. She did not say Talib Kweli was personally involved and did not at the time provide evidence of harassment in the alleged threats. She claimed the perpetrators were his “followers.”

“Talib Kweli has been on a week-long harassment spree directed at me via Twitter and Instagram, which has led his followers threatening to murder my family and I for this tweet,” she continued.

“I have also been threatened with human trafficking, and they have been posting pictures of my parents online, who are ALL federal employees, along with their full names, where we live, and my stepmother’s old job and salary.” However, Moody did not at the time provide evidence that Talib Kweli himself.

Talib defended himself against Moody online who he claimed was spreading lies about him from a blog that he says was closely aligned with Nazis and White supremacists. He was eventually banned from Twitter for sharing a screenshot of threatening text messages he received, which he used to argue that he and his family were also being threatened. The screenshot, however, contained a phone number, which Twitter claimed went against their policy.

Editor’s Note: This article, which was originally titled “Talib Kweli called out for harassing Black woman on Twitter” has been edited for clarity and accuracy to portray a more neutral voice. The article characterized Talib’s exchange with Maya Moody as “harassment,” however, it should be noted that he was accused of harassment by online users. The article also reported that he “immediately” began to respond to Moody’s tweet when in fact it had been hours. theGrio also failed to reach out to Kweli for comment. We regret this error.