Black is King is slated to be released on Disney+ on July 31.

A second trailer has been released for Beyonce’s highly anticipated film, Black is King. Beyoncé took on the role of writer, director, and executive producer for the film.

Black is King is slated to be released on Disney+ on July 31. 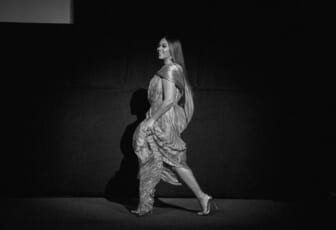 According to a press release, the journey to get Black is King completed was a long one. Beyoncé and her team traveled to cities across the U.S. including New York and Los Angeles.

Black is King was also filmed in Belgium, South Africa and parts of West Africa.

Disney announced a distribution deal that will make the film available to stream in many parts of Africa including South Africa, Nigeria, and Ethiopia.

Beyoncé voiced the role of adult Nala in Disney’s live-action remake of The Lion King which hit theaters last year.

Just as the film was being released, Beyoncé dropped a companion album called The Lion King: The Gift. She also gave fans a sneak peek at her writing process with the documentary Beyoncé Presents: Making the Gift.

READ MORE: Beyonce will bring fans into the making of ‘The Lion King: The Gift’ on ABC special

Black is King is based off of the music from The Lion King’s: The Gift album.