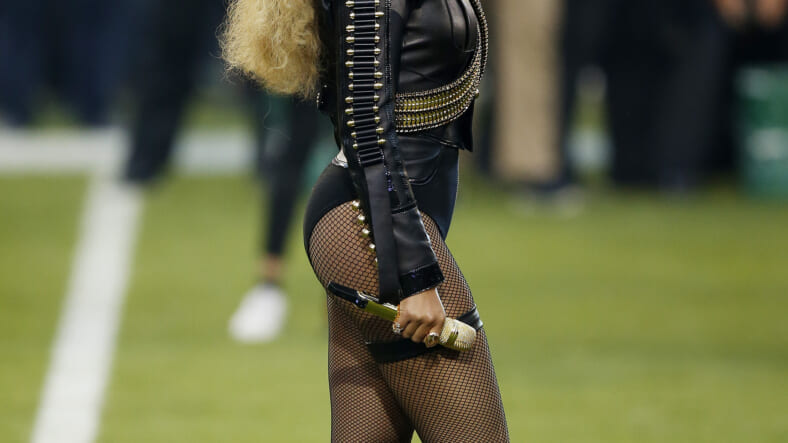 In celebration of Juneteenth, and in conjunction with her campaign to support Black-owned businesses, Beyoncé released a new song called “Black Parade.”

The new single shares the same name as her Black-owned initiative, which provides a directory of businesses. Listed are companies in the following industries: arts & design, beauty, fashion, home and living, lifestyle, restaurants & bars, services, and health and wellness.

The song was co-written and co-produced by Beyoncé and by the GRAMMY-nominated Derek Dixie. Dixie was the music director responsible for the 2016 hit “Lemonade.” Dixie also was nominated for an Emmy Award for his work on Homecoming: A Film by Beyoncé.

The Chicago Tribune reports that husband Jay-Z is credited as a co-writer on the song.

The song is a whole vibe, invoking West African Orishas with that classic Creole melding that she gave us a glimpse of on the Lemonade project.

“Happy Juneteenth Weekend! I hope we continue to share joy and celebrate each other, even in the midst of struggle. Please continue to remember our beauty, strength and power,” Beyoncé wrote on Instagram.

Happy Juneteenth Weekend! I hope we continue to share joy and celebrate each other, even in the midst of struggle. Please continue to remember our beauty, strength and power. _ “BLACK PARADE” celebrates you, your voice and your joy and will benefit Black-owned small businesses. Click the link in my bio to learn more.

The song also mentions how Beyoncé is battle-ready, claiming she has her own army when she is protesting.

“I charge my crystals in a full moon/ You could send them missiles, I’ma send my goons Baby sister reppin’ Yemaya (Yemaya)/ Trust me, they gon’ need an army (Ah) Rubber bullets bouncin’ off me (Ah)/ Made a picket sign off your picket fence (Ah)/ Take it as a warning (Ah, ah).”

Beyoncé has been a vocal supporter of Black social justice as of recent events, demanding justice for George Floyd and Breonna Taylor, both of whom were killed by police.

“Being Black is your activism. Black excellence is a form of protest. Black joy is your right.”