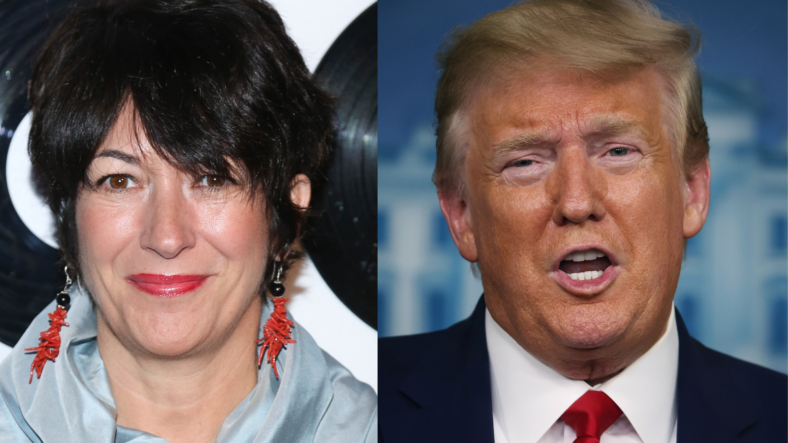 When the president was asked if he had an opinion on her charges, he had few words but extended his “well wishes.”

At Tuesday’s press briefing about the coronavirus, a reporter asked President Donald Trump to predict how Maxwell’s case would turn out.

The president responded casually, “I don’t know I haven’t really been following it too much. I just wish her well, frankly.”

Maxwell was the former girlfriend and confidant of Jeffrey Epstein. She is accused of aiding the deceased billionaire sex-trafficker in engaging in sexual acts with girls as young as 14.

The high-profile arrest of Epstein in July of 2019, and of Maxwell this year, has been a top headline for months.

The former financier is also the subject of a 2020 documentary, Jeffrey Epstein: Filthy Rich.

One federal prosecutor, who chose to remain anonymous, questioned whether the remark was an indication that Trump would possibly pardon Maxwell, particularly given his recent pardon of Roger Stone.

Adam Parkhomenko, a Democratic strategist, tweeted incredulously, “Trump on Ghislaine Maxwell: “I wish her well” HE WISHES HER WELL?!!!!!! SHE RAN A CHILD RAPE RING!!!!!”

Other social media users noted that the president showed no remorse for the victims. “Mr. President, did you want to wish her victims well too?”