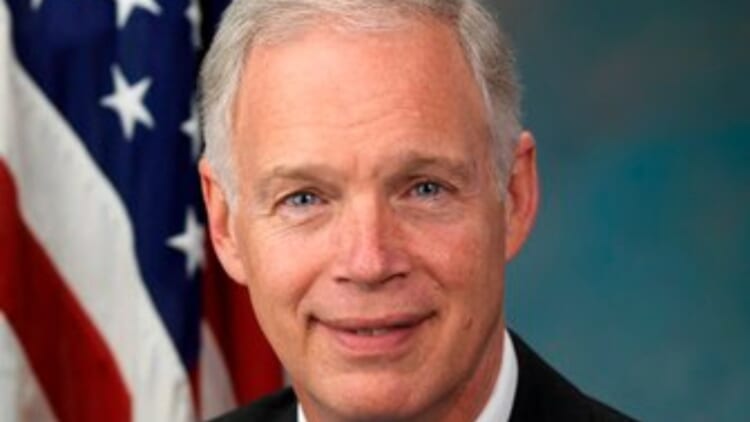 Wisconsin Sen. Ron Johnson blocked a bipartisan effort to make Juneteenth a federal holiday because it would cost too much.

Johnson made his objection Wednesday saying the holiday would be a financial strain for taxpayers, Huff Post reported. Though he supports a federally-recognized day of remembrance to mark the end of slavery in the U.S. he says the price tag attached caused him to stop the bill from advancing.

“I am happy to celebrate Juneteenth. I think we should celebrate the fact that we did remove an ‘original sin’ by emancipating slaves,” the conservative said in a statement.

“I simply don’t believe we should make American taxpayers in the private sector pony up $600 million a year, $6 billion over 10 years, to give federal workers, who already are paid quite generously and have quite a few days off, one more paid day off.”

Johnson’s current stance comes weeks after he suggested swapping out Columbus Day in favor of a Juneteenth holiday recognized by the federal government. He chose Columbus Day as it was “least disruptive to Americans’ schedules.” Johnson backtracked after backlash from his fellow conservatives who accused him of disrespecting Columbus.

“Let me reiterate: I suggested Columbus Day for the swap because few Americans in the private sector get it as a paid holiday, and as a result, it is lightly celebrated, and would not be disruptive to most Americans’ schedules,” he said two weeks ago.

“I was in no way deprecating Christopher Columbus’ achievements or expressing any value judgment regarding his place in history.”

Juneteenth has been celebrated for many years around the country but took on greater importance following the death of George Floyd while in the custody of the Minneapolis police. Lawmakers began to draft legislation in June to have the day designated as a federal holiday.

“This legislation to make Juneteenth a federal holiday is but one step we can take to begin to right the wrongs of the past in order to ensure equal justice in the future,” Markey said in a statement last month.

Sen. John Cornyn (R-Texas) also announced his support and came on board as a co-sponsor.

“As the list of Black men and women killed by police officers in custody grows, the calls for action are getting louder and louder, as they must, and as they should,” he said in a speech on the Senate floor on June 18.

“There is a clear and urgent need for leaders at every level to come together, and to deliver the change that we need to deliver, in order to match up with our ideals.”

At the present moment, Juneteenth is celebrated by 47 states, including Texas and the District of Columbia.