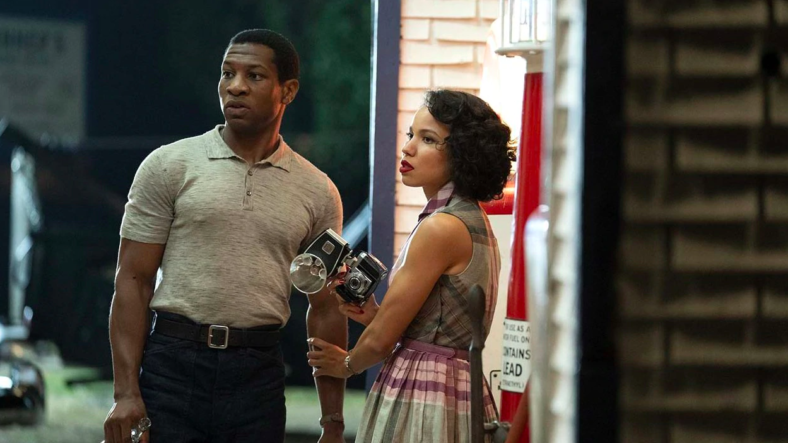 HBO just dropped the first full-length trailer for Lovecraft Country and we can’t wait to see the drama series from Jordan Peele and JJ Abrams.

Misha Green is the showrunner and executive producer of the 10-episode series that features an all-star cast, including Jurnee Smollett (Underground), Jonathan Majors (Da 5 Bloods), Aunjanue Ellis (When They See Us); Abbey Lee (Mad Max: Fury Road), Jada Harris (The Resident), Wunmi Mosaku (Fantastic Beasts and Where to Find Them), and Michael Kenneth Williams (The Wire).

Based on the novel of the same name by Matt Ruff, the series follows Atticus Freeman (Jonathan Majors) as he journeys with his childhood friend, Letitia (Jurnee Smollett), and his uncle, George (Courtney B. Vance), on a road trip from Chicago across 1950s Jim Crow America in search of his missing father, Montrose (Michael K. Williams).

Their search-and-rescue turns into a struggle to survive and overcome both the racist terrors of white America and monstrous creatures that could be ripped from an H.P. Lovecraft paperback.

Here are a few character breakdowns:

Atticus (Majors) is a Korean war vet who always has a pulp novel in his back pocket, and wears his heart on his sleeve despite the daily injustice of living in Jim Crow America. His father, Montrose (Williams), however is hard headed and secretive, and always believed you can’t live in a fantasy world — making him less-than-thrilled about his son’s love for pulp novels.It’s Atticus’ uncle (Vance) who’s always been more like a father to him. Warm, funny, and well read, he was the first to introduce Atticus to the wonderful and strange world of pulp novels. As the publisher of the “Safe Negro Travel Guide” he’s been on enough adventures to understand there’s no place like home.

Letitia “Leti” Lewis (Smollett-Bell) hustled her way across the country as an artist protesting for civil rights and now finds herself back home to plant some roots. Her half-sister Ruby (Mosaku) is also a hustler, but her hustles haven’t paid off. Her family ties are tested when she’s presented with an offer she can’t refuse. Hippolyta Freeman (Ellis) is a star-gazer who’s been a housewife most of her life, but has dreams of getting into some adventures of her own. Her itch for adventure will eventually, literally and figuratively, take her to the stars and beyond.