Terry Crews gets dragged for tweeting acronym for ‘coon’ 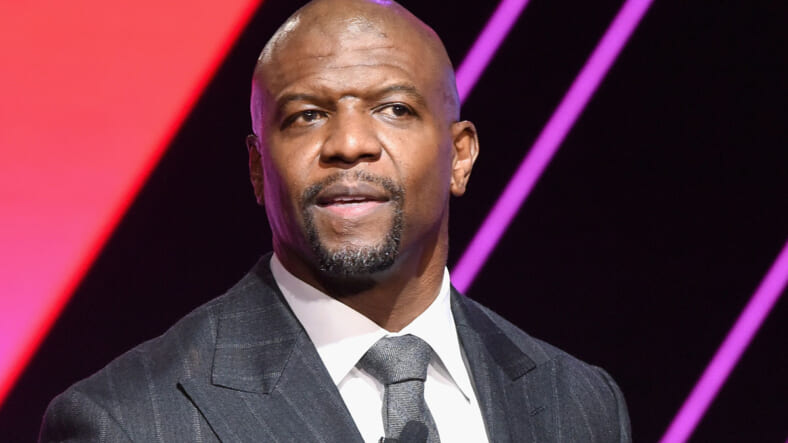 Terry Crews sure knows how to become a trending topic.

After weeks of making headlines for his comments about Black Lives Matter and racism in America, the actor has yet again ruffled feathers online for tweeting about race.

Crews, 51, tweeted on Tuesday what appeared to be an acronym for ‘coon.’ The America’s Got Talent host used the four letters that spelled out the racist slur to say: CONQUER OUR OWN NEGATIVITY.

Twitter users quickly picked up on Crews’ apparent attempt to spin a word he’s been called on the internet after criticizing the Black Lives Matter movement and later challenging the Black community to focus more on Black-on-Black crime than police brutality.

“We the Black Delagation, trade Terry Crews to the southernmost continent of Antarctica for one penguin,” another Twitter user joked.

One Twitter user expressed their offense to Crews’s use of the slur, writing:

“Sir! Have You looked at the the ACRONYM Of Your message/Thought/Movement. I love your work and Family values but do not agree with You on some of Your stances, But this Acronym is Not You. It’s an outdated Term used to tear each other down.”

Crews responded: “I agree. That word is horrible. But I’ve learned to catch the lemons thrown at you, Make lemonade. Then make lemon bars. Make a lemon scented hand sanitizer, sell the rinds in the spice aisle for bbq lemon pepper wings then take the seeds and grow more lemon trees.”

One person replied, “Dear Mr. Crews, you can make lemonade and bring people along with you — or, you can squeeze the juice in their eyes and tell them to make lemonade with their tears…which is what it sounds like you are doing.”

While most people overwhelmingly took issue with the Brooklyn Nine-Nine star’s tweet, there were some who came to his defense. “The word Coon has been thrown at Terry a lot recently and he’s turning it from a negative to a positive, I understand you don’t agree with the acronym but he deserves a little respect for standing by his values 100%,” one person tweeted.

His latest comments come after Crews drew the ire of Black Twitter for comments he’s made about Black Lives Matter. In June, Crews tweeted, “We must ensure #blacklivesmatter doesn’t morph into #blacklivesbetter.”

He previously sent out a tweet about race relations he meant to be inspiring but swiftly turned to controversy writing, “Defeating White supremacy without White people creates Black supremacy. Equality is the truth. Like it or not, we are all in this together.”

Crews doubled down on his controversial statements during an interview with Don Lemon on CNN. “There are neighborhoods being held hostage by people, who are literally running [them] with violence and then [claiming] that Black lives matter.” Crews said.

Crews most recently was a star of the NBC show, Brooklyn Nine-Nine where he plays a police lieutenant named Terry Jeffords. Crews has claimed that the show, which is on hiatus, has been halted due to the police killing of George Floyd on May 25 in Minneapolis.

However, the producers have said that they are also trying to address the filming during the coronavirus pandemic.

theGrio’s Biba Adams and Ny McGee contributed to this report.