Former presidents Bill Clinton and George W. Bush will also be in attendance at the service held at Ebenezer Baptist Church in Atlanta, Georgia 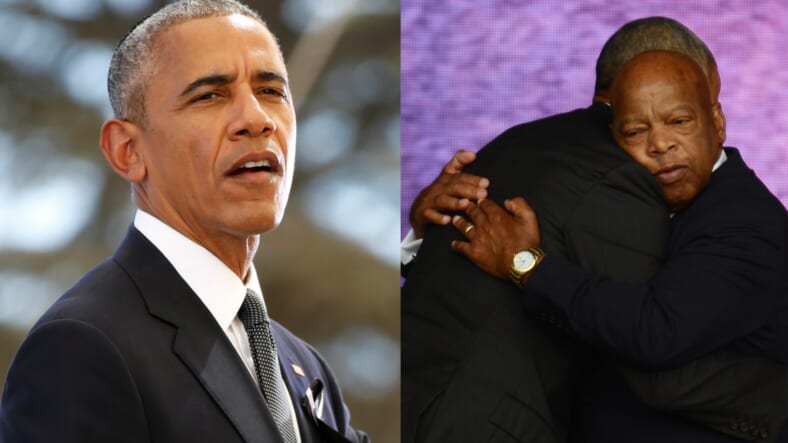 Former President Barack Obama will reportedly deliver the eulogy at the funeral service for the late Rep. John R. Lewis on Thursday.

Obama will be in attendance along with former presidents Bill Clinton and George W. Bush, according to the Atlanta Journal-Constitution.

Obama notably awarded Lewis with the Presidential Medal of Freedom in 2011. The pair had developed a close bond over the years, despite Lewis initially endorsing Hillary Clinton over Obama during the 2008 presidential primary.

Read More: John Lewis: A call to uphold his legacy of ‘good trouble’

After Lewis passed at 80 on July 17, President Obama issued a tribute to the civil rights icon, whom he called an “exceptional” man.

“Not many of us get to live to see our own legacy play out in such a meaningful, remarkable way. John Lewis did,” Obama wrote in a Medium post.

“And thanks to him, we now all have our marching orders — to keep believing in the possibility of remaking this country we love until it lives up to its full promise.”

Obama revealed that he first met Lewis while he attended Harvard Law School. The future first Black president of the United States told the Georgia congressman that he was his “hero.”

“Years later, when I was elected a U.S. Senator, I told him that I stood on his shoulders. When I was elected President of the United States, I hugged him on the inauguration stand before I was sworn in and told him I was only there because of the sacrifices he made,” Obama wrote.

“And through all those years, he never stopped providing wisdom and encouragement to me and Michelle and our family. We will miss him dearly.”

Lewis’ “celebration of life” has spanned six days, including being laid at the rotunda at the nation’s Capitol, becoming the first Black lawmaker to be granted the honor. His body was also honored during a horse-carriage ceremony across the Edmund Pettus Bridge in Selma, Alabama, where he was brutally beaten by state troopers in 1965.

According to the AJC, Ebenezer Baptist Church senior pastor, Rev. Raphael Warnock, will be presiding over the invitation-only funeral service. Lewis will be buried Thursday afternoon next to his wife, Lillian Lewis, at South-View Cemetery.