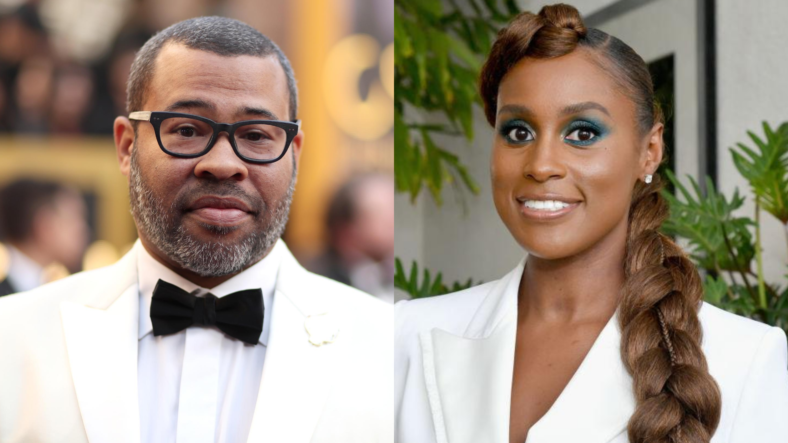 Issa Rae and Jordan Peele are teaming up to bring, “Sinkhole,” an original story by Leyna Krow to movie screens.

Sara Scott, Universal Pictures’ Senior Vice President of Production, will oversee the development of this film. It will be co-executive produced by s Krow and Alex Davis-Lawrence from Moss, the journal which published the original story.

According to Deadline, Universal studios offered a low-seven-figure deal to Rae and Peele for the screen rights to the short story. The company beat out more than 10 studio bidders and multiple talent and filmmaker packages for the opportunity.

This collaboration is bringing together Insecure, star and creator, Issa Rae with, Get Out, Academy award-winning writer and director, Jordan Peele.

“Sinkhole,” was originally written by Krow in 2011 and is a story about a couple beginning their marriage journey. Therein, the couple decides to purchase a house for themselves, their kids, and pets. However, the house they decide to purchase has a sinkhole in the backyard.

Initially, the couple puts a fence around the hole to safeguard. But eventually, the sinkhole is then disregarded. That is until the couple’s own curiosity leads them to investigate. Upon their investigation, the two discover the healing properties of the sinkhole. Every broken thing they drop into it reappears in their home “fixed”.

The ability of the sinkhole to fix imperfections leads to the wife challenging her internal view on traits she deems as flaws.

Krow’s writing is just over 1,500 words, so the length of this short story creates an opportunity for these industry favorites to use their creativity. Both stars have become known for producing critically acclaimed content that features Black talent and centers Black stories.

Universal Pictures has previously worked with Peele to produce blockbuster hits like Get Out and Us. Rae also worked with Universal to create movies such as The Photograph and Little. There is no start date yet for the production of this new film.