The conservative host gave a scathing rebuke to the members of the audience, which included members of Lewis’ family 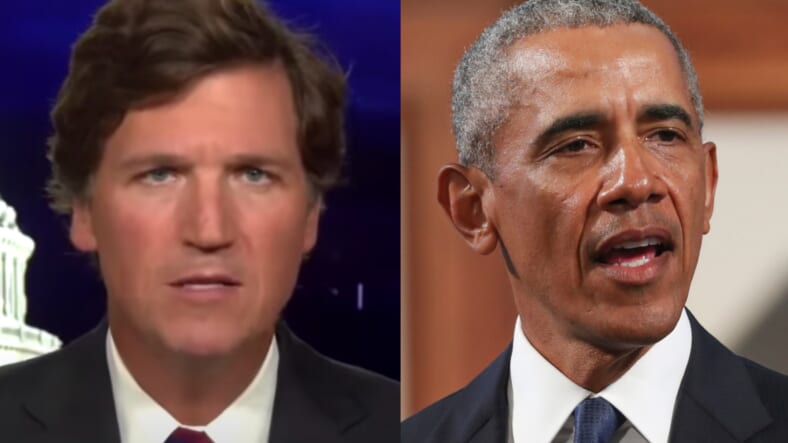 Carlson called the eulogy a “divisive and dishonest campaign speech.”

The host said, “Imagine if some greasy politician showed up at your loved one’s funeral and started throwing around stupid partisan talking points about Senate procedure. Can you imagine that?”

“You would be shocked if that happened. You’d probably walk out. Desecrating a funeral with campaign slogans? What kind of person would do that?”

The scathing rebuke continued as he then criticized the members of the audience, which included members of Lewis’ family.

“Democrats in the audience didn’t seem offended, they didn’t blink, they cheered,” Carlson noted. “It all seemed normal to them and why wouldn’t it? Political power is their religion. It’s not out of place in a church, it’s what they worship. People who politicize a funeral will do anything and they are trying to.”

Carlson went on to call the former president, “one of the sleaziest and most dishonest figures in the history of American politics.” He accused Obama of using the death of George Floyd to “attack the police.”

He said that Democrats are “systematically trying to dismantle the core institutions of American life.”

The remarks, made during the opener for Tucker Carlson Tonight, went on to rely on ominous warnings that are common for the show.

READ MORE: John Lewis declares ‘now it is your turn’ in posthumous NYT op-ed on justice

“They are doing this for one reason,” Carlson said, “to ensure they have complete control of the United States. We are watching it happen right now, though almost no one ever admits it, and those who do come close to getting shut down.”

Carlson is a favorite television personality of President Donald Trump who himself, did not attend Lewis’ funeral or any of the in-person events honoring the Civil Rights icon.