As Trump plans to ban TikTok, Sarah Cooper continues to hilariously mock him

Twitter users are also saying that Trump's move to ban TikTok could be due to Cooper's constant mockery. 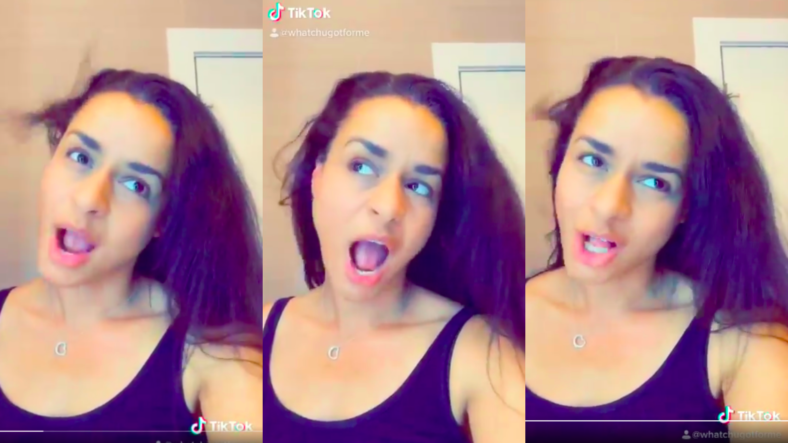 Sarah Cooper, 35, has become a viral sensation over the past few months because of her Trump-impersonating TikTok videos.

With Trump now threatening to ban the social media platform over concerns that the Chinese government is accessing Americans’ data, Cooper is doubling down.

Her latest video called “How to tick tock,” shows Cooper in a bathroom, with her hair blowing in the wind as she reenacts Trump’s announcement.

“We may be banning TikTok. We may be doing some other things. There are a couple of options. But a lot of things are happening, so we’ll see what happens. But we are looking at a lot of alternatives with respect to TikTok.”

Twitter users are also saying that Trump’s move to ban TikTok could be due to Cooper’s constant mockery. Trump blocked Cooper after her initial videos went viral.

But Cooper has proven that a TikTok ban won’t stop her from her comedic critiques.

In regards to one of her videos, in which Cooper reenacts Trump’s descriptions of his “impressive” cognitive test, the comedian let her Twitter followers know that she didn’t even record it on TikTok. The video has over 10 million views on Twitter.

In her video, “How to Empty Seat,”  Cooper does a brilliant job acting along as Trump’s real voice can be heard boasting that his rally will be packed with 22,000 people.

6,200 people actually showed up, according to Tulsa officials, and many speculators say TikTok users rallied together on the app to sabotage Trump’s attendance. This could be another reason for Trump’s dislike for the app.

Cooper initially went viral last May after creating a lip-sync video mocking Trump’s suggestion that the coronavirus could be cured by the injection or consumption of common disinfectants.

Trump’s comments were so concerning that Lysol and Dettol has to make a statement against consumption of their products.

“I feel like we’ve been gaslighted for years, being told it is totally normal for a president to say things like this,” Cooper added. “It is a very validating thing to see something remind you that, no, this is actually ridiculous and we can all agree on that.”

She is a Jamaican-born author and comedian best known for her books “100 Tricks To Appear Smart In Meetings” and “How To Be Succesful Without Hurting Men’s Feelings.”

Cooper told MSNBC in May that “she takes the subtext of what he has written extemporaneously,” and gives it back to the world. She even calls herself the Trump whisperer.

theGrio’s Blue Telusma and Tonya Pendleton contributed to this report.