Surveillance video shows the woman assaulting the elderly lady, tossing her like a rag doll to the ground. 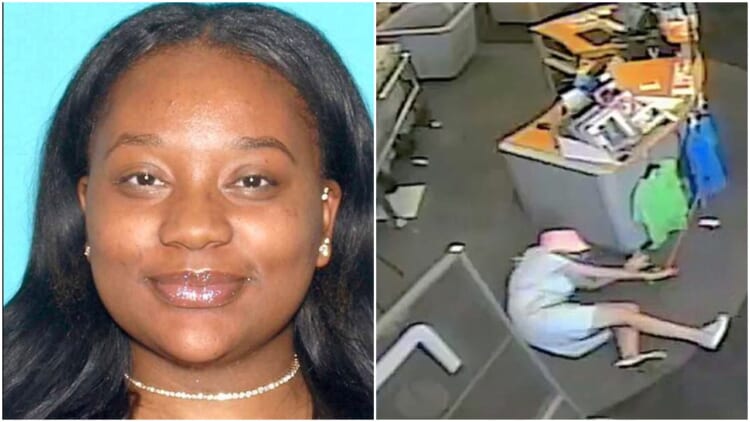 The New Jersey woman who was caught on surveillance camera assaulting an elderly woman over a face mask dispute has been arrested.

25-year-old Terri Thomas was arrested in Hackensack, NJ for aggravated assault after viral video was released showing her attack on a woman with a cane at a STAPLES. An earlier report on theGrio noted that Margot Kagan was using a copy machine when a woman with a mask pulled down below her mouth approached a machine next to her.

Kagan asked the woman to put on her mask. It is unclear what the response was, but the two exchange words.

The interaction turns violent when Thomas allegedly assaults Kagan, tossing her like a rag doll to the ground.

“The suspect became angry and yelled at the victim, who picked up her walking cane and pointed it directly at the suspect, coming within inches of the suspect’s chest. The woman then yelled at Kagan, violently threw her to the ground, and left the store,” said Capt. Darrin DeWitt from the Hackensack Police Department.

Kagan tells local media that she was asking Thomas to be responsible and was disheartened by the exchange.

“The woman on one side of the plastic dividers had a mask, but here, below her mouth,” Kagan said from a hospital bed at HUMC.

She insists that she only said, “You should really put a mask on.”

Kagan recently had a liver transplant, and the incident with Thomas reportedly left her with a fractured left tibia.

Over $4,000 has been raised on a GoFundMe to help Kagan cover medical expenses.

According to the campaign, “Ms. Kagan has school aged children in the district. We are hoping to raise money to help with any of her medical bills associated with this, and any additional help the Kagan family may need during this very difficult time.”