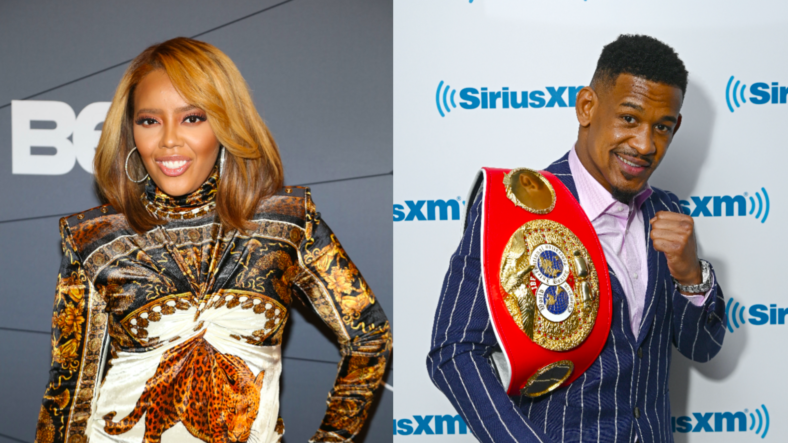 Simmons announced the news on social media and many fans praised her new man and their new relationship.

Jacobs, a Brooklyn native, is two-time middleweight world champion, and he currently holds the belt.

As a fighter in the ring, Jacobs has a reputation for being a power puncher, knocking out about 83% of all of his opponents.

Being the skilled fighter he is, his noteworthy footwork and hand speed contributed to him winning 36 of his 39 professional matches.

Simmons’ first public relationship was with Bow Wow, who in an interview on VladTV said he broke up with Simmons because she wanted to be a virgin until she got married.

In 2016, she began a relationship with an Atlanta businessman named Sutton Tennyson. The two got engaged and had a child, Joseph Sutton Tennyson Jr. They eventually split up in December of 2017, with Simmons citing domestic violence as the cause.

Tennyson was fatally shot 13 times outside of his home on Nov. 3, 2018, PEOPLE reported.

Simmons also dated fellow Growing Up Hip-hop star, Romeo Miller in 2012. The two stars were reportedly pushed to start a relationship for their show.

As theGrio previously reported, the two are reported to not be on speaking terms, as Miller left the show in early June.

Both Miller and his father, Master P, spoke about the issues they had with the show’s production. They said they disliked how Simmons’ story was being weaved around romantic drama between them, instead of focusing on her life as a mother after the murder of her ex-fiance.