What we have to lose: Everything Trump has cost Black America in 4 years

OPINION: On the anniversary of Trump's now-infamous question posed to African Americans 'What do you have to lose?' the answer is clear -- everything 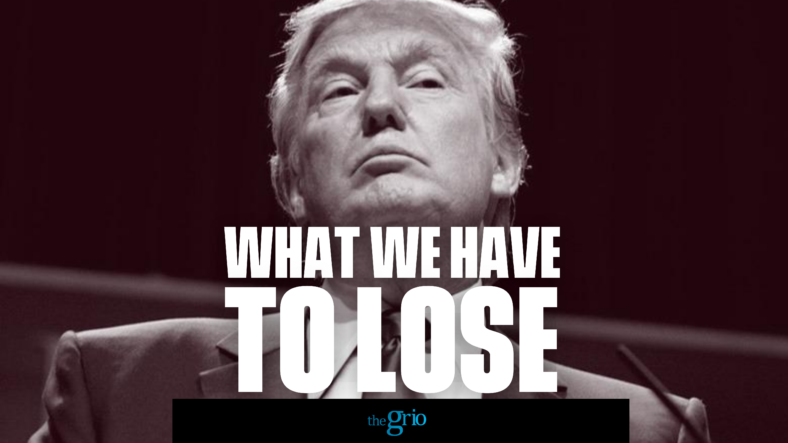 Today is a very special day for Black America. While Donald Trump has not yet served a full four-year term as president of the United States, today marks his four-year anniversary with Black America.

On a warm summer day on Aug. 19, 2016, in front of a lily-white crowd of almost 3,000 people in suburban Lansing, Michigan, then-candidate Trump popped the question:

What the hell do you have to lose?

More specifically, Trump rattled off a slew of terrible statistics, some real, some exaggerated about Black life. “You’re living in poverty, your schools are no good, you have no jobs, 58% of your youth are unemployed,” he rambled. He then finished with a proposal that falls somewhere between “You’re not getting any younger” and “Why not settle for me” on the scale of least romantic or compelling political overtures in history.

And obviously it worked on some Black people because Trump got the highest percentage of the Black vote (8%) than any Republican nominee in two cycles and somehow got 13% of the Black male vote. Further, like some evil racist reverse version of The Wizard of Oz, Trump’s taken Kanye West’s brain, Isaiah Washington’s career, Stacey Dash’s last remaining fan, and arguably Herman Cain’s life.

Considering this, we at theGrio decided to do a retrospective on the anniversary of Trump’s big proposal. What have Black Americans lost in the four years since Trump has been in office? To quote 21 Savage: A LOT.

theGrio has brought together some great thinkers, academics, and activists to write about how much Black Americans have lost in the last four years under President Trump in areas such as criminal justice, healthcare, foreign policy, voting rights, and the dozens of people from high school we’ve had to de-friend on Facebook for wearing MAGA hats.

However, to kick off our coverage I would like to highlight the biggest thing we’ve lost in not just four years under Trump, but quite literally what we’ve lost in the last four months.

The pandemic that Trump’s administration didn’t take seriously because they thought it would only affect Blue states (can we point out that thinking a virus is going to respect state boundaries is like having a smoking and a non-smoking section in an elevator).

That pandemic has killed Black Americans at a rate 3 to 5 times that of White Americans, depending on what state you live in. According to APM Research Lab, Black Americans make up a little more than 22% of all COVID-19 deaths in the United States.

Given the nation’s most recent death toll number — more than 172,000 as of Aug. 19 — that is more roughly 37,000 Black lives, mothers, fathers, brothers, sisters, aunts, uncles, cousins, husbands, wives and kids that have died in six months or less and it’s only getting worse because Trump patently refuses to do his job. None of this had to happen.

Now our theme for the day is the 4-year anniversary of Trump asking Black Americans “What do you have to lose?” but I want to be clear that as horrific as 37,000 Black deaths in a matter of months is, it is a level of losing that we can’t forget. It needs to remain etched into the mind of every single Black person in America and anybody who loves somebody Black in America.

More Black people have died in the first four months of COVID than all of the players in the NFL, NBA and MLB, combined — times ten. Black Americans are about 22% of all deaths due to coronavirus in America which means we are dying at a higher rate from COVID-19 than we did during slavery’s middle passage to America (about 1 in 6 Africans died during the trip to North America, roughly 16%).

The COVID-19 pandemic is killing us at a higher, faster and more lethal rate than being dragged across the Atlantic Ocean in a filthy ship, shackled and stacked on top of each other, while being routinely whipped, starved and raped. Anything comparable to that is definitely losing.

So on our fruit anniversary with Donald Trump (yes, the fourth anniversary you’re supposed to give fruit, but Congress already gave him Peach and Mints so I think we’re good) we encourage you to read all of our wonderful authors and thought leaders. Realize how much we’ve lost and get motivated to ensure that Donald Trump doesn’t remain as president one second longer than he is legally able to after losing an election.

One anniversary is bad enough, let’s not wait around to see how many other ways we can lose.