What we have to lose with Trump: Black lives and our health

OPINION: President Trump failed Black Americans during the COVID-19 pandemic and has been at war over the Affordable Care Act 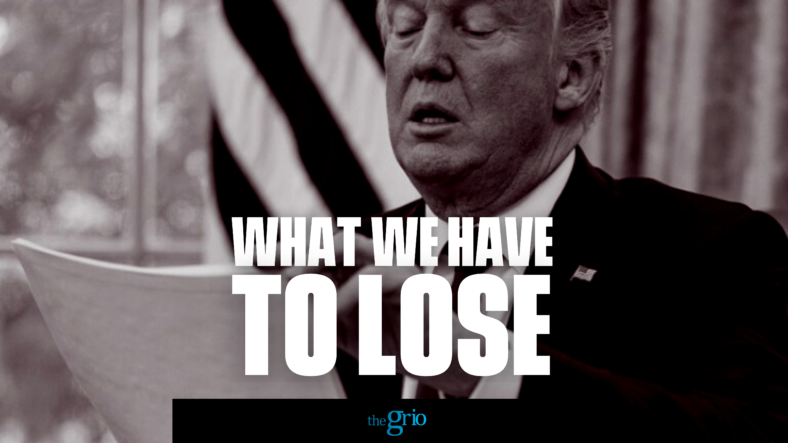 “There are years that ask questions and years that answer.” These words are as brilliant now as they were when Zora Neale Hurston first penned them in her literary masterpiece, “Their Eyes Were Watching God.”

2016 was a year that asked. That year, Donald Trump lobbed a cynical, senseless, and callous question, supposedly directed to Black voters: “You’re living in poverty, your schools are no good, you have no jobs, 58% of your youth is unemployed — what the hell do you have to lose?”

The years since have answered. As a scholar of health policy, I have observed an excruciatingly clear answer: Black folks have their lives and health to lose.

Losses of Black life have racked up under the pandemic that now scourges the country. Adjusting for age, the COVID-19 mortality rate for Black people is 3.7 times higher than it is for white people. More than 34,000 Black lives have been lost, 18,000 of whom might still be alive if Black people weren’t dying at such disproportionate rates.

We can’t blame this loss of life solely on underlying health conditions. Instead, the most evident culprits are inadequate and inequitable access to healthcare, crumbling public health infrastructure, and a fragmented politics that makes where a person lives more a matter of life and death than it should be.

These forces have been aggravated by the ineptitude of Donald Trump.

Trump has been perpetually at war against the Affordable Care Act (ACA), former President Barack Obama’s signature effort to expand access to health insurance. In a spiteful bid to destroy one of the policy pillars of Obama’s legacy, Trump has focused more energy and attention on making the ACA “explode” than he has on making sure that Americans have equal access to healthcare. Black people are among those who have suffered most as a result of this destructive crusade.

Though the ACA was far from perfect, it was designed with the goal of reducing racial health disparities and it did just that. The ACA diminished racial inequities in health insurance coverage, access to care, and health care utilization. But after 2016 — once Trump rose to power — that progress stalled.

The ACA represents only a slither of the havoc Trump has wreaked on the health of Black communities. The Trump administration has consistently targeted Medicaid, a pillar of the health care safety net that serves over 70 million low-income Americans, at least half of whom are Black and Latinx. The administration has proposed substantial cuts to Medicaid, attempted to restructure the program in ways that would weaken it, and allowed work requirements, a policy tool that disproportionately harms Black people.

Trump has also posed a threat to the country’s already flailing public health infrastructure, a bedrock upon which many Black people rely. He sought to massively slash funding for the Center for Disease Control (CDC) and left hundreds of positions at the agency unfilled.

He also heightened and intensified federal retrenchment from the realm of public health: shutting down a federal program meant to track infectious disease threats, underfunding key agencies like the Health Resources and Services Administration and attempting to shrink the number of health professionals working for the federal government.

Perhaps most detrimentally, Trump’s weak leadership at the national level has left states and localities to face an unprecedented global pandemic with scant guidance, little accountability, and meager support. As a result, the health losses that Black people sustain are extremely and arbitrarily dependent on where they live.

Despite false promises of access to testing for all, the federal government has failed to use its power or resources to ensure that the most heavily hit communities have access to testing. A much-touted public-private partnership with retail stores like Walmart, Walgreens and Target has largely failed, leaving communities of color especially hurt by the inability to even be tested for COVID-19.

Underfunded states and localities have perpetuated inequities in their own testing processes. Under Trump, they can count on a federal government that will neither hold them accountable nor attempt to equalize access to health resources across the country.

The answer to Trump’s cruel query to Black people — “what the hell do you have to lose?“ — is brutally clear: our lives and health.

The work that now lies ahead to protect, secure, and enrich Black lives will depend on Black people (and other folks who care about Black lives) engaging in robust political action that includes (but is not limited to) voting.

Elections are not everything, but they can mean the difference between life and death. So, as we go to the polls this November (or vote by mail, absentee ballot, or other means) I hope we remember “what the hell” we have to lose. 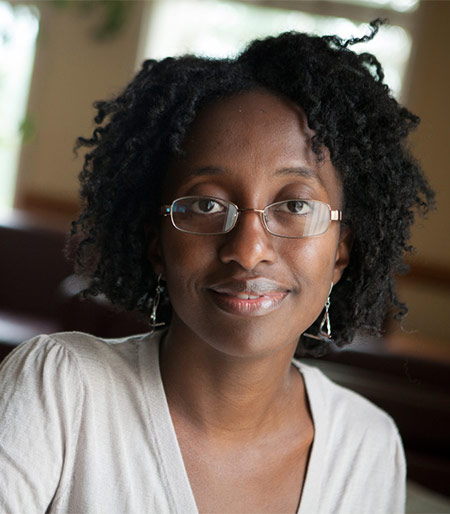 Jamila Michener is an associate professor of Government at Cornell University and co-director of the Cornell Center for Health Equity. She is author of, Fragmented Democracy: Medicaid, Federalism, and Unequal Politics. You can find her on twitter @povertyscholar.