The singer spent some quality time with the widow of the late Los Angeles Lakers star on August 24, dubbed 'Kobe Bryant Day'. 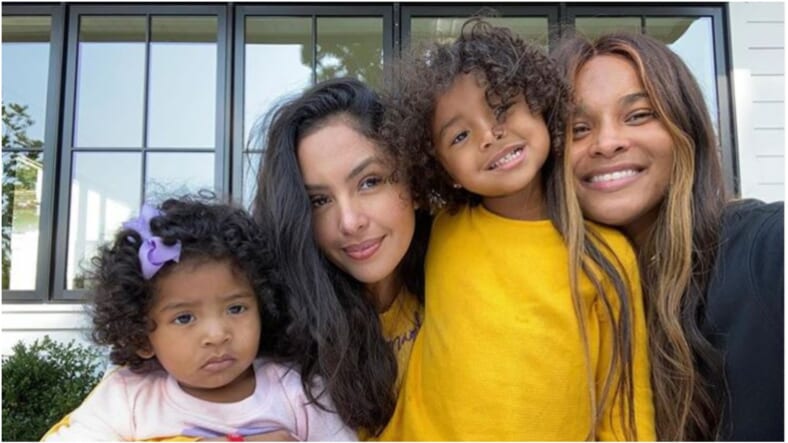 The singer spent some quality time with the widow of the late Los Angeles Lakers star on August 24, dubbed “Kobe Bryant Day” due to the date 8/24 reflecting both jersey numbers that he wore during his time with the Lakers.

Vanessa Bryant posted a video on Instagram of her attempting her give her baby girl Bianka Bella driving lessons in her posh toy car. But the feisty tot is not having it. Check out her hilarious reaction via the Instagram video below.

“It’s like arguing with myself. My little negotiator. Auntie @ciara and Uncle @dangerusswilson thank you or the RR for BB – ‘I guess’ you’ll be taking over driving lessons. BB mastered it though. #Thatsmirk #MamaMentality #KobeBryantDay #Age3 #DaddysTwin,” Bryant captioned the post.

Ciara also took to Instagram to share a picture of herself, along with Vanessa and her daughters, Bianka, 3, and Capri, 1. She captioned the image with a touching message of support for the family.

“Seeing you and the girls smile makes my heart smile,” Ciara wrote. “You’re the toughest mama I know. Seeing you put one foot forward each day is admirable. It ain’t easy, but if I know one thing, Mamba Queen’s capable of it all.”

Vanessa shared the same photo along with the caption, “It takes a village,” she wrote. “Thank you to all my loving family, amazing friends and wonderful fans for your love and support. One day at a time.”

Check out the family photo below.

Kobe and his daughter Gianna Bryant were killed along with the seven others in a helicopter crash on Jan. 26 in Los Angeles. As theGRIO previously reported, seven months following their untimely death, officials in Orange County decided to honor his legacy with a day in his name. The community’s Board of Supervisors voted to officially make August 24th Kobe Bryant Day.

The California resolution, published on Aug. 11, reportedly passed without hesitation.

The resolution states, “During his career, Kobe Bryant’s numbers on his jerseys were 8 and 24, therefore a fitting day to celebrate his legacy would be August 24.”