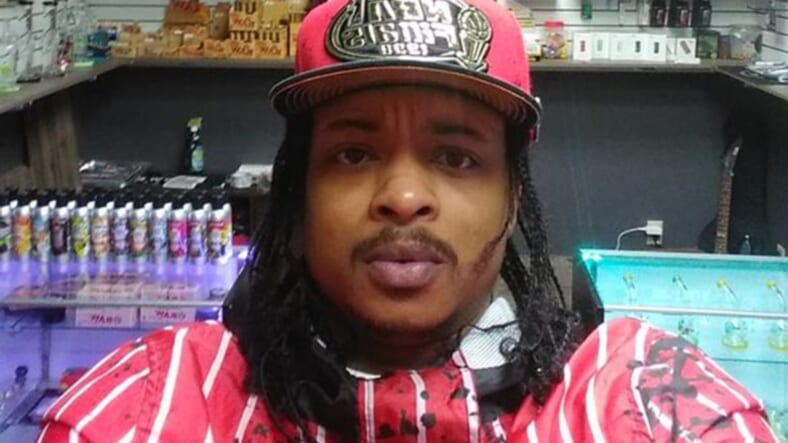 The shooting of Jacob Blake by a Kenosha police officer has led to protests but also false rumors alleging that he is a pedophile and threatened cops with a knife as a possible justification for the incident.

Wisconsin Attorney General Josh Kaul identified Officer Rusten Sheskey as the cop who fired his service weapon into Blake’s back seven times. Police Officers Vincent Arenas, who used a taser on Blake, and Brittany Meronek were also identified by the Wisconsin DOJ as the other cops who were present.

Blake, 29, was left paralyzed from his injuries but in recent days, there have been allegations that have cast doubt on the family insisting that he was breaking up a “domestic” fight between two women. According to the Wisconsin Department of Justice Division of Criminal Investigation, the sequence of events began when a woman called the police and claimed, “her boyfriend was present and was not supposed to be on the premises.”

One rumor that has gained traction is that Blake is a pedophile due to a Rhode Island warrant for third degree assault in 2016.

“You all defending a pedo…. a child rapist… shutting down sports for a fawking pedo ? saying he was shot 7x in the back ? so what ??‍♂️ he’s a fawking pedo peeps. All sudden save the children don’t matter no more ??‍♂️? are you fawking kidding me ??‍♂️ so you all going to buy him a 24k gold wheelchair,” one post read.

Other social media posts have been removed by Facebook that parroted the same talking point that Reuters deemed as false. The outlet maintained that users took an authentic Wisconsin warrant for Blake and misappropriated it by referencing Rhode Island’s standards of the law.

“According to the record, Blake has an arrest warrant filed against him on July 7, 2020 in Kenosha, Wisconsin for an incident involving domestic abuse that happened on May 3. The offenses listed are criminal trespass to dwelling, third-degree sexual assault and disorderly conduct,” Reuters reported.

“Under Wisconsin State Legislature visible here, sex with a minor is not within the definition of a third-degree sexual assault as it is in Rhode Island.”

Furthermore, Blake has been accused of refusing to comply with the commands of police and instigating the incident. Figures such as former Fox News host Megyn Kelly declared Blake “was armed with a KNIFE.” The implication that he was a threat to the police officers has also been fact-checked as false.

As theGrio previously reported, Blake informed police that he had a knife in his car which was recovered on the driver’s side of the floorboard. There were no additional weapons found in Blake’s vehicle.

Nonetheless, Blake’s family has felt that he is being treated as the aggressor in the shooting. Jacob Blake Sr. lamented with CNN on Thursday that his son was handcuffed to his bed at The Froedtert Hospital in Wisconsin.

“Why do they have that cold steel on my son’s ankle?” he asked. “He can’t get up, he couldn’t get up if he wanted to.”

“This is an insult to injury,” said Justin Blake, his uncle. “He is paralyzed and can’t walk and they have him cuffed to the bed. Why?”

The Froedtert Hospital referred questioning to the Wisconsin DOJ but Benjamin Crump, who is representing the family, said this was another example of Blake being disregarded.

“There is no explanation for it,” Crump told CNN. “It follows the pattern of deliberate indifference and excessive force.”

“My son has not been afforded the rights of a human,” Jacob Blake Sr. said.