The player is the highest graded defensive tackle returning for the Big Ten 2020 season. 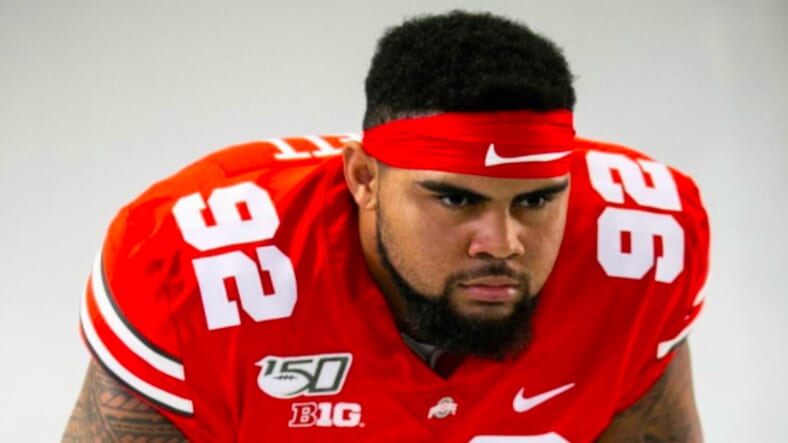 Ohio State University defensive lineman Haskell Garrett is critically wounded after being shot in the face on Sunday.

According to Buckeye Xtra, both of his cheeks were wounded, and there was a trail of blood in the street leading back to his apartment.

He was taken to the Ohio State University Wexner Medical Center where the 6-foot-2-inch, 299-pound senior is said to be in stable condition.

Police did not release information about a possible suspect or details concerning the incident, according to USA Today.

The college senior from Las Vegas was projected to be a starting defensive tackle in the would-be Big Ten Conference in the fall, had it not been cancelled due to the coronavirus pandemic.

Some of Garrett’s accomplishments include being a veteran player for the Buckeyes, having played 33 games for Ohio State, which is one of the most for a defensive tackle, and being a three-time Varsity O letterwinner.

The star defensive lineman broke a career-high record of four tackles and 1.5 tackles-for-loss against Miami University in Ohio, winning the game on 18 defensive snaps.

According to Pro Football Focus College, Garrett is the highest graded defensive tackle returning for the Big Ten 2020 season. In 2019, he had a grade of 80.5, four points higher than any other returning defensive tackle in the conference, USA Today reported.

Garrett played 14 games for Ohio State in 2018 and managed to rack up seven tackles.