OPINION: Black women in the church are conditioned to accept manipulation and infidelity as simply ‘the Devil’ and not an actual shortcoming and moral failing of their partner. 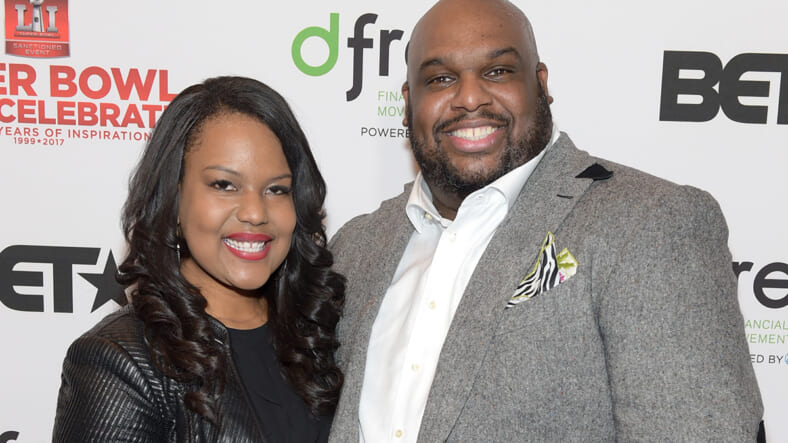 Let me start off by saying that I find Pastor John Gray to be an abhorrent example of ‘a man of God’ and a gutter trash example of a husband.

Now that that’s out of the way — I consider myself a Christian. Seven years ago, I was baptized at the First Corinthian Baptist Church in Harlem, New York. I pray to God regularly. Pre-‘Rona, I was an active church member. Despite this faith, I have had my own complicated relationship with religion.

Of course, there is the racist and reprehensible way that Christianity was used against Black people through the traumas of slavery, though this faith is what assisted many of our ancestors in their survival. However, the ways in which Christianity — particularly through the lens of the Black church — has been of a disservice to Black women when it comes to, specifically, heterosexual marriage, is with what I take the most umbrage.

In late August, cheating rumors swirled, yet again, around pastor of Greenville, South Carolina’s Relentless Church, John Gray. This time, Gray is alleged to have engaged in inappropriate FaceTime and iMessage discussions with a woman identified as ‘Mary’ wherein he requested — and received — nude photos, meals, and sent money to her.

In addition to trash-talking his wife, Aventer Gray, as a spouse, he also made disparaging remarks about her mothering skills (claiming she didn’t cook and fed their son pizza every night) to this woman, some while his child was within the vicinity of these Facetime conversations.

This was not Gray’s first dance with the infidelity devil. In early 2019, stories broke about John Gray and another woman with whom Gray claims he only had an ’emotional affair.’ He apparently told the woman that he planned to leave his wife, didn’t love her, and “only married her because she looked good on paper.”

The irony is not lost upon me that the same man who delivered a sermon to the Black women of his church advising them “not to walk in the spirit of girlfriend” can’t seem to curb his affinity for an abundance of side chicks.

The same man who cited Proverbs 18:22, “He who finds a wife finds a good thing,” has repeatedly and publicly embarrassed his wife all for the benefit of his own ego and hubris. This woman whose hand he asked for is seemingly unworthy of the simple respect of not degrading her by discussing her perceived shortcomings with another woman.

I recall, with a grimace, John Gray’s 2018 comments about how his wife “endured more pain birthing me than both of our children. She has sacrificed these last eight years uncovering the painful areas of my manhood and covering the areas that could have exposed me,” and I weep. I weep for the lack of self-respect Aventer Gray has publicly shown. The self-flagellation she has endured due to the disrespect and embarrassment of her husband all for the sake of being a ‘Good Christian Wife.’

And herein lies my problem with the church.

Back in 2019, to cheers and praises from their congregation, Aventer Gray addressed her husband’s “emotional infidelity’” by turning on the other woman. She revealed that she ‘fought off’ this other woman with prayer and scripture, saying “so I’m supposed to leave my husband because you spoke to a place of brokenness that had not yet been submitted back to the Father?”

While I understand that there are several demons real and imagined at play when it comes to infidelity in a monogamous marriage, this does not circumvent one’s own guilt and willfulness to engage in bad behavior. By scapegoating this other woman, Aventer Gray essentially told her husband — and their congregation — that ‘the devil made him do it.’

Fast forward more than a year later and it seems that devil has yet to release its hold on John Gray. [Insert eye roll here].

What I find most insulting is the faking of contrition by the pastor. In his recent ‘apology’ to the Relentless Church congregation, Gray does not take clear responsibility for his own actions, instead choosing to blame some invisible spirit of infidelity that has, once again, caused his misdeeds. He purports that his and his wife’s public embarrassment should be an example for others to do better.

Let’s be clear, this is emotional and spiritual abuse. It is the conditioning of Black women in his congregation to accept manipulation and infidelity as simply ‘the Devil’ (by way of their husband’s penis, or another woman) and not an actual shortcoming and moral failing of their partner.

This refusal to take responsibility is a clear indication that John Gray is not a good husband, and he should not be a leader of any church. How anyone reasonably expects John Gray to minister to his church is beyond me, not when his own familial ministry is steeped in scandal, dysfunction, and toxicity.

The fact that his innate inability to lead, show discipline, or execute any sound judgment in his own family unit is not being questioned, ad nauseum, every time these scandals come to light is baffling. It’s also telling of the deep levels of denial administered by the church.

Now, I’m not saying that Gray has to be monogamously married in order to be an effective leader of his flock. If anything, I’d prefer to see a pastor who has publicly decided that marriage is not for him (I told you, I have a complicated relationship with religion), or that polyamory is his and his wife’s ministry. Because — guess what — God made and loves the polyamorous as well.

However, Gray’s refusal to step down as a leader of the church in the wake of these scandals; instead, opting to flay himself on the altar under the guise of ‘teaching others’ — is nothing but misguided pride and desperation to hold onto whatever power he perceives himself to have.

What’s more, is the insult to those of us who are in therapy, take it seriously, and do the work. For all of his apologizing, I have yet to see any evidence that Gray is committed to and will continue doing the work. Scapegoating the devil and the imagined machinations of God to mitigate one’s own hurtful and destructive actions isn’t indicative of someone who has (or continues to do) the work that therapy requires.

I want and expect more from our church leaders. And as a Black woman dedicated to the work of God, I find it disheartening that we’re so willing (and expected) to overlook the repeated harmfulness of others, to the detriment of ourselves, in the quest to be a ‘good Christian’ and a good wife.