An open letter to Black men on the 2020 presidential election

OPINION: Joe Biden isn't perfect, but he’s attempting to engage us and talk about issues that affect Black men.

Richard A. Fowler   |
A group of men take part in the Black Men Unity March on June 12, 2020 in Minneapolis, Minnesota. The march was a call for reform and justice for George Floyd and other black men and women killed by law enforcement. (Photo by Brandon Bell/Getty Images)

Living in America is like having a second job — because all the time you got to work. Every day. Non-stop. We, as Black men, have a duty to ourselves and our communities to do better and want better.

We exist in a system that oppresses us. We get told that if we just do this, or do that, the result will be different. The results never change. And look, I’m not here to preach at you and condemn you for not doing your civic duty. You’re grown. You know what to do and you know what you’re going to do.

Me? I’m climbing on my soapbox and appealing to you, because this moment matters. Your vote matters.

Joe Biden isn’t perfect, but he’s attempting to engage us; at least he’s talking about issues that affect Black men. Can you honestly say the same about Trump? He hears what he wants. He doesn’t want to hear our voices or our demands. We peacefully raise our voice and get tear gas, rubber bullets, and police brutality.

Be honest with yourself right now: Would a Biden White House do half the things that the Trump White House has already done to our community?

Over the past couple of months, Biden’s campaign has been engaging in conversations with Black men as part of their “Shop Talk” series, and the conversations have been honest and open. During that dialogue, Black men from around this country were given a chance to ask questions and push the Biden campaign on many of their proposals including: doubling the number of mental health care professionals in public schools, more investments in Black entrepreneurs, ending discrimination based on hairstyle and texture, and greater police accountability.

While the former Vice President hasn’t committed to all these changes, he has most definitely made the commitment to listen. That’s how change happens: leaders come into a room and listen to each other without interrupting or talking over one another; they respectfully hear each other out even if they don’t agree.

Look, I’m not about to convince you of something Biden and Harris aren’t. I’m not saying they’re amazing or revolutionary or that all our problems will be solved with them in office. President Barack Obama, our first Black President, didn’t fix the systemic racial issues in this country, so I doubt his vice president will.

But here are the options: Where Biden and Harris will at least meet us at the table, Trump won’t even acknowledge there is a table. To him, we are invisible and to be dealt with through violence, secret police, and “Law and Order.”

So who do you want to be negotiating with? Because that’s what this election is really about. Who do you want handling international relations, a global pandemic, or your healthcare? It’s as simple as that, because these are the choices we have right now.

If you don’t think this time is critical, that it’s different from every other presidency before, then you haven’t been paying attention. We are slipping in this country. African-American unemployment is in double digits percentages, COVID-19 related deaths have surpassed 200,000, federal racial sensitivity training for contractors was banned, and the constitutional right to assemble and peacefully protest is met with cruelty and violence not so different from the Civil Rights Era.

And you know it disproportionately affects us. It always does.

We have a president in office who calls peaceful protestors “thugs,” refuses to plainly say white supremacists are bad, and clearly said there won’t be a peaceful exchange of power if he doesn’t win. That’s who currently occupies the White House. And while we send him well wishes for a speedy recovery from COVID-19, it is time for him to be evicted.

While the world opens up and China has pool parties, we can’t even go to the grocery store without worrying about our lives, because our current president lacks the moral courage and aptitude to lead. But that’s nothing new. For more than three years we have watched him use bigotry, dog whistles, race, and ZIP codes to further divide this country.

He has shredded the Bill of Rights and eroded the moral fiber that holds this country together. But truth be told, as Black men we are accustomed to this nonsense: advocating tirelessly for ourselves and our communities and routinely being ignored, disregarded and treated like second-class citizens. We care so much about a country that still doesn’t seem to care about us.

But what are we going to do about it?

It’s hard and I’m tired, but the alternative to fighting is letting yourself die. That’s not us. Our tears have watered these crops. Our blood has enriched this soil. Our souls are tied to this country. We have done too much to give up everything now. Generation after generation we demand the same equalities and fight for the causes. This fight seems never ending, but nothing worth having comes easy.

Real change is a long journey. It’s more than voting in a presidential election, it’s voting in local and state elections as well. It’s going out, showing up, and continuing to demand better because America needs us to save it from itself, once again. ‘

Now, I told you I wasn’t going to preach because at the end of the day you know what you’re going to do. Who am I to convince a fish it needs water? The only question now is whether you’re going to mail in your ballot or go to the polls in person. 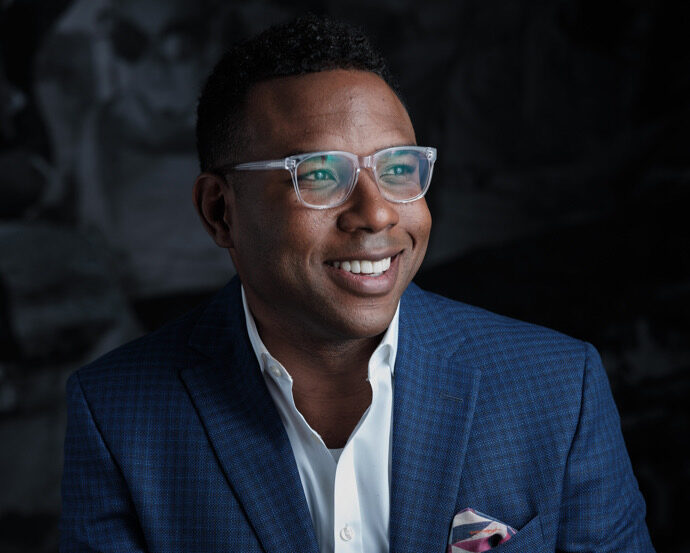 Richard Fowler is the youngest syndicated progressive and/or African-American radio host in the United States. Fowler is a Fox News Contributor, Chairman of the Center, Black Equity Leadership Council  and a Senior Fellow at the New Leaders Council. Follow him on Instagram and Twitter @Richardafowler.