The Democratic presidential nominee will be joined by Rep. Cedric Richmond, Bakari Sellers, Terrence J and others 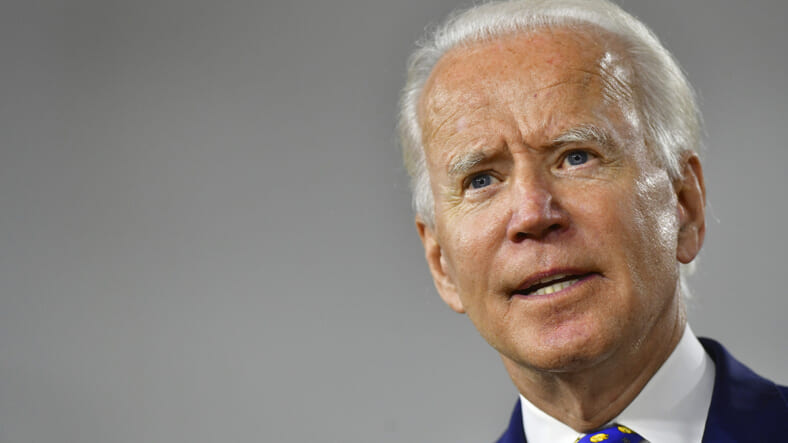 The Biden campaign has recently launched a new initiative aimed at engaging Black men. The series, Shop Talk, is set to be a weekly roundtable where notable Black men will discuss issues such as police violence.

The inaugural Shop Talk event has been scheduled for tonight, Thursday, Aug. 27 at 7 p.m. ET.

Gaulien “Gee” Smith, who owns a barbershop in the Milwaukee area, will moderate the discussion.

In a media statement from the Biden campaign, Shop Talk aims to allow “guests will participate in a roundtable focused on issues impacting Black men in Wisconsin and around the nation.”

“During the discussion, they will have the opportunity to hear from Wisconsin residents about this week’s police shooting of Jacob Blake and the impact it has had on their communities.”

In a statement provided to theGrio, Kamau Marshall, a spokesperson for the campaign said that Shop Talk had been planned for weeks as one of several initiatives to increase voter turnout.

“We always strive for authenticity when engaging our key constituency groups by meeting people where they are and facilitating spaces for empowering and forward-looking discussions,” Marshall told theGrio.

“For generations, Black-owned Barbershops in this country have always served as a safe space for Black men of all ages to engage in enlightening, entertaining and challenging conversations,” said Rep. Cedric Richmond.

“Although COVID-19 has prevented us from physically hosting Shop Talk at barber shops across America, I’m honored to bring this cherished component of Black boyhood and manhood to the main stage during a time when we must all lean on each other as brothers.”

“To have that space is an example of how our campaign is bringing like-minds together to stand up for the issues they care about the most. By selecting a state to anchor the conversation each week, we’re confident that these gatherings will energize more Black men to support Joe Biden and Kamala Harris — the candidates that will undoubtedly champion their safety, economic prosperity, and physical and mental well-being.”

On Wednesday, Biden issued a statement after the Jacob Blake shooting and subsequent unrest in the nights that followed. The Democratic presidential nominee said that he had spoken with Blake’s family and urged non-Black people to put themselves in the shoes of Black Americans living in a country still reckoning systemic racism and violence.

“Once again, a Black man — Jacob Blake — was shot by the police. In front of his children. It makes me sick. Is this the country we want to be? Needless violence won’t heal us. We need to end the violence — and peacefully come together to demand justice,” Biden tweeted.

Biden also praised the Milwaukee Bucks for boycotting NBA games in the wake of the Blake shooting. Milwaukee also happens to be where the Biden campaign’s Shop Talk will take place.

“This moment demands moral leadership. And these players answered by standing up, speaking out, and using their platform for good,” Biden tweeted. “Now is not the time for silence.”