The Georgia US Senate candidate pledges to fight for a new Civil Rights Act if he defeats Republican Sen. David Perdue 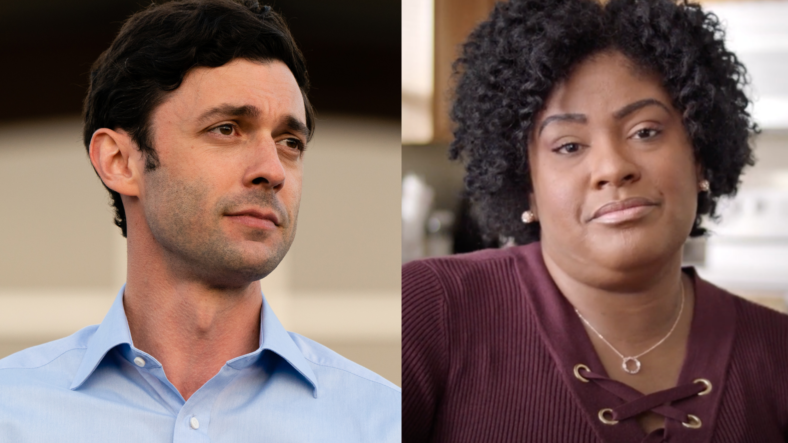 In a new campaign video, Democratic candidate Jon Ossoff promises to fight against police brutality and racial injustice if he wins a U.S. Senate seat in Georgia.

The 33-year-old investigative journalist dropped a campaign ad Thursday titled, ‘The Talk.’ It features a Black mother, Lawanda G of Douglasville, Georgia as she describes the all too common conversation Black parents traditionally have with their sons about how to maneuver a society that too often views them as a threat.

The video opens with Lawanda sitting down with her son at a table as she explains to him why he should always be mindful of how others perceive him in public.

“As a mom, I have to talk to my son about the way he carries himself, the way he talks, the way he walks, making sure that he doesn’t put his hood on his head,” she says.

The young man shakes his head to agree as if this is a conversation he has heard many times before.

She caps off the video — which flashes images of this year’s George Floyd protests — by saying, “We need Jon Ossoff in the Senate.” She adds, “when I say he’s not a typical candidate, he’s not. He really cares about people. Right now, we have the power to start making change. Early voting starts on December the 14th. Make sure you vote.”

Ossoff is in a run-off race for the U.S. Senate against Republican incumbent Senator David Perdue. A major point for the campaign of Ossoff, who interned for the Civil Rights icon Rep. John Lewis, is to develop a new Civil Rights Act that he says will end police brutality and racial profiling.

In addition to combating racial injustice, his policy plans include: strengthening the Affordable Care Act, investing in clean energy and infrastructure, and defending Roe v. Wade.