Rebekah Jones says that when she revealed information about COViD data, she was fired and then raided 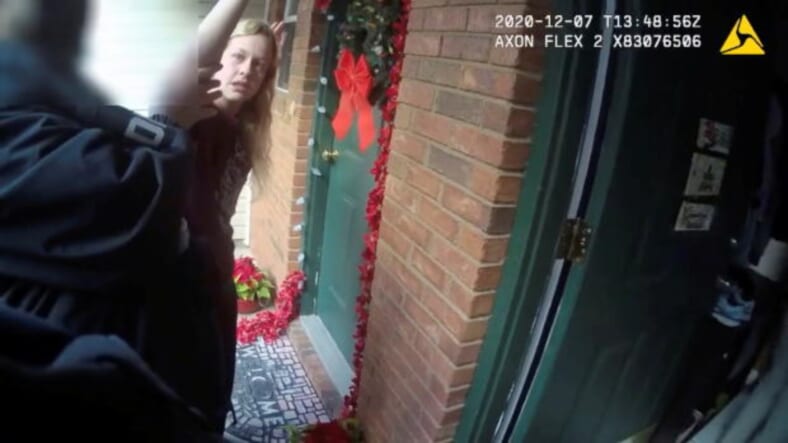 A data scientist is taking legal action after the Florida Department of Law Enforcement raided her home.

A 19-page complaint was filed on behalf of Rebekah Jones in Tallahassee circuit court. It states officers carried out a raid to “silence” the data scientist who says she was fired for refusing to alter coronavirus numbers on a dashboard that the state used to monitor virus cases and deaths.

She officially sued authorities on Monday and is requesting $30K in damages and the release of devices including her computer, per NBC News.

The suit says an officer “ran his hands up and down her ribs and grasped her sides just below her breasts and held her.” It also adds that officials ran into her home with guns drawn and were aggressive.

After the raid, Jones said she began to receive death threats because law enforcement released a warrant with her address and additional personal information.

The suit adds, “She has been placed in such fear for her and her family’s safety that she is pulling up roots and moving out of state.”

The department commissioner, Rick Swearingen, who is named in the suit, released a statement on behalf of law enforcement.

In the statement, he said he was “proud of the professionalism shown by our FDLE agents as they served a legal search warrant on the residence of Rebekah Jones. Our criminal investigation continues, and while I have not seen this lawsuit, I believe the facts will come out in court.”

“They took my phone and the computer I use every day to post the case numbers in Florida and school cases for the entire country. They took evidence of corruption at the state level. They claimed it was about a security breach. This was DeSantis. He sent the Gestapo,” she wrote.

“If Desantis thought pointing a gun in my face was a good way to get me to shut up, he’s about to learn just how wrong he was,” Jones continued. “I’ll have a new computer tomorrow. And then I’m going to get back to work.”

The Florida Department of Law Enforcement said in a statement the raid was a seizure of computer equipment at Jones’ Tallahassee home concerning an ongoing investigation.

The Tallahassee Democrat reports that an FDLE investigator linked Jones’ IP address to a text message that went out to 1,750 people via “a suspected breach of the custom-made communications system for emergency management.”

The message allegedly read, “It’s time to speak up before another 17,000 people are dead. You know this is wrong. You don’t have to be a part of this. Be a hero. Speak out before it’s too late.”