Several Democratic leaders in North Carolina are calling for an investigation into U.S. Congressman Madison Cawthorn claiming that he had a hand in inciting the violence that occurred during the Jan. 6 attack on the Capitol.

A letter sent on Saturday, Jan. 9, to U.S. House Speaker Nancy Pelosi, signed by N.C. District 11 leaders of the Democratic Party, lists examples they say are grounds for Rep. Cawthorn’s expulsion from Congress.

In the letter, Cawthorn’s strong language in his Twitter posts on the days leading up to Wednesday’s riots was cited as an example of his support and encouragement of the violence that ensued. The group also mentioned that Cawthorn had riled up the crowd of Trump supporters during a rally speech that preceded the attack on the Capitol by using violent language and referring to his colleagues as “cowards.” 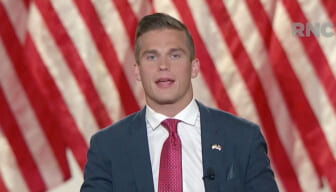 Strengthening the group’s claim that Cawthorn played a part in the Jan. 6 mayhem, they referred to a tweet the congressman posted that invited the mob inside Capitol building.

“Since January 6, in spite of the above, he has repeatedly denied any culpability in the resulting mob action of illegally breaching the Security of the Capitol Building, of illegally taking over the US Senate and House of Representatives chambers, of the disruption of Congress’s carrying out its official Constitutional duties, of destruction of federal property, and of inciting mob action resulting in the deaths of five people,” the group wrote in the letter to Pelosi.

They implored her to hold Cawthorn accountable for his seditious behavior and for the consequences resulting from his behavior.

Although Cawthorn denies inciting the crowd to violence, his tweets speak for themselves.

Following President Trump’s playbook to lie without compunction, Cawthorn baselessly accused Georgia-born senator-elect Reverend Raphael Warnock of “disguising himself” as a southern pastor to win votes, according to Newsweek.

Additionally, Cawthorn echoed Trump’s complaint that Warnock is a “radical’s radical,” and questioned how Warnock can “say he’s a pastor” while being “all about abortion.”