GOP Rep. Cheney says she will vote to impeach Trump 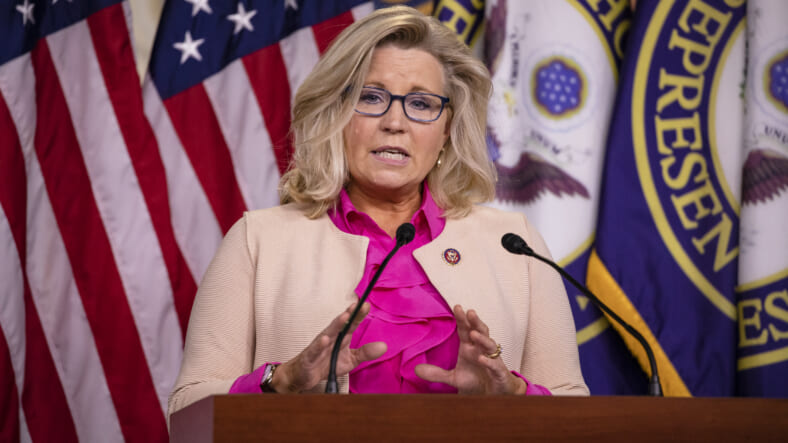 U.S. Rep. Liz Cheney (R-WY) speaks during a news conference with other Republican members of the House of Representatives at the Capitol on July 21, 2020 in Washington, DC. (Photo by Samuel Corum/Getty Images)

The Wyoming congresswoman, the No. 3 Republican in the House, said in a statement late Tuesday that Trump “summoned” the mob that attacked the Capitol last week, “assembled the mob, and lit the flame of this attack.” She says, “Everything that followed was his doing.”

Read More: Republicans speaking against Trump aren’t off the hook

She also notes that Trump could have immediately intervened to stop his supporters, but he did not.

Cheney says, “There has never been a greater betrayal by a President of the United States of his office and his oath to the Constitution.”

Trump himself has taken no responsibility for his role in inciting the attackers.

Cheney is a daughter of former Vice President Dick Cheney.