Can we talk about the Republican Party’s white women problem? 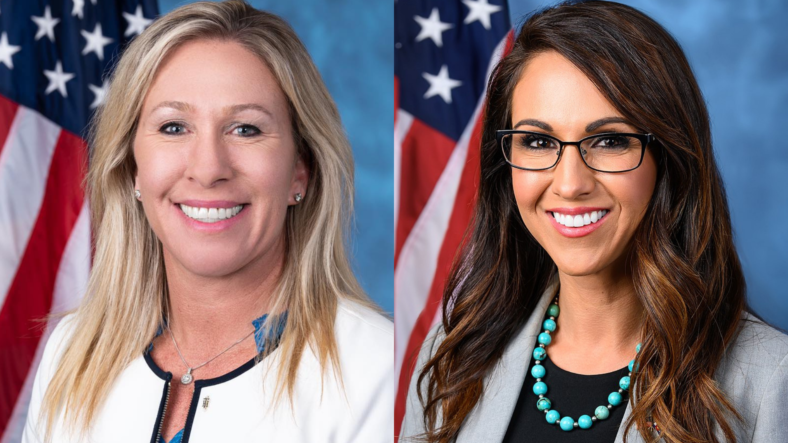 For context, only Andrew Johnson in 1868 and Bill Clinton in 1999 were impeached by the U.S. House of Representatives and neither was removed by the Senate. Trump’s trial will likely start in the Senate after President Joe Biden is sworn in next Wednesday on Jan. 20.

A less than normal beginning for a new president’s first 100 days.

The last week in the nation’s Capitol has been in a word: surreal. I never thought in my lifetime I would see the U.S. Capitol under siege by a foreign power, or terrorist attack, much less by fellow Americans.

Not since 9/11 have Americans, and indeed the world, watched in horror as our nation was under assault by forces that we had clearly underestimated. On 9/11 the force was Osama Bin Laden and Al Qaeda, but on Jan. 6, 2021, the force was thousands of enraged, violent, wildly animalistic, militarized American citizens — Trump supporters — almost all of them caucasian and heavily male.

But what caught my attention that day, beyond the horrific violence, and the complete collapse of security protecting the Capitol was the number of women (again almost all caucasian) that I saw participating in the sedition being carried out in the very heart of our nation’s democracy.

Tragically, one woman, a former Airforce veteran, QAnon conspiracy believer and ardent Trumper, Ashli Babbitt was shot to death by Capitol police for violently storming the House floor with her cohorts. She was shot in her chest and died shortly after. She was one of the five casualties in the U.S. Capitol siege, which included a Capitol Hill policeman, and two other rioters who died of “medical” events.

It is here that I want to stop and make an observation that is deeply troubling to me as a woman, and more so as a woman of color — who was a republican for over two decades — which is the number of Republican women members of Congress who I saw defend the indefensible on Wednesday as the House debated before ultimately impeaching Trump.

What we all witnessed on Jan. 13 is something we do not like to talk about in America. We do not like to deal with the very real, and very dicey intersection of race and gender. But it exists, and it runs deeply in our American DNA. White women often have to live a dual existence as being beneficiaries of the patriarchy and subject to its limitations and norms. But to see women be engaged in sedition and insurrection, to be screaming, fighting, hitting and waving Trump flags was a shock to my system.

But, perhaps, the biggest shock of all has been the number of powerful conservative and republican women, elected women who have enthusiastically embraced Trump and Trumpism (which by any objective standard is antithetical to the wellbeing of women). Nowhere is this more obvious than in the current Trump Republican Party.

In the summer of 2019, I wrote a Washington Post Opinion column, “Republican Women Must Save Their Party From Trump.” In that piece, I argued that it would be prudent for Republican women like Representatives Elise Stefanik (R-NY), Liz Cheney (R-WY) and the Republican women in the U.S. Senate like Susan Collins, Lisa Murkowski, Joni Ernst, as well as female Republican governors such as Iowa’s Kim Reynolds and other elected officials take the party back from men like Trump, Rudy Giuliani, Ted Cruz, Jim Jordan, Josh Hawley, Lindsey Graham, Mitch McConnell and others who have become the angry, aggrieved, conspiracy theory embracing white male face of the 21st century GOP.

These women (with the exception of Liz Cheney who has spoken up and voted to impeach Trump) do not want to take their party back. And nothing came clearer into focus for me than this truth on Jan 13. In fact, in the 2020 election cycle, Republican women had a banner year going from 13 women in the House in 2018 to now 29 in 2021.

Ironically, it was Rep. Stefanik (R-NY) who said in 2019 that Republicans had reached a “crisis level” of women in the House. That “crisis” sparked a movement  — including Rep. Stefanik’s PAC — which she started to support women candidates, particularly at the primary level where historically they are unsuccessful running against better-funded men.

Right here in my own backyard of Virginia, two conservative white women, both lifelong Republicans and conservatives are under fire for their part in Trump’s Capitol siege last week. Virginia “Ginni” Thomas, wife of Supreme Court Justice Clarence Thomas, has come under fire for her role in egging on and applauding last week’s Capitol attack, and worse, she plans a new slate of policy verticals to rile up and further support the conservative Trump base.

If that wasn’t enough, sitting Virginia Republican state senator and gubernatorial candidate Amanda Chase, who had her Facebook account suspended after remarks she delivered at the Trump rally on Wednesday, blamed the seditious actions on “Black Lives Matter and Antifa.”

I could go on and on with a litany of white female conservative women like Rep. Majorie Taylor Greene (R-GA) who is a fervent QAnon supporter and one of her freshman cohorts Rep. Lauren Boebert (R-CO) who made national headlines for wanting to bring her “Glock” into the Halls of Congress and who is now being called on to resign from Congress for her actions opposing the Electoral College certification during the siege on the Capitol where she tweeted out the whereabouts of the Speaker of the House, Nancy Pelosi.

And if these two aren’t bad enough, there is Rep. Mary Miller (R-IL), who said that “Hitler got one thing right” (you can’t make this stuff up), is also being called on to resign. And the coup de grace was the re-election of RNC Chairwoman Ronna Romney McDaniel (niece of Senator Mitt Romney) after the Capitol riots in which she embraced Trump and he was received by phone with cheers from committee members.

Here’s the bottom line: Only two Republican women voted to impeach Donald Trump. Just two. If white conservative women are going to be on the side of Trump, hence at war with the rest of us, where does that leave us on the political power scale as women?

Where does that leave us as sisters in the struggle for racial and social justice in America? I am not sure. But I am concerned. This new crop of GOP women leaders appears in many ways to be anti-woman and anti-democratic norms. Not to mention, they want to pack heat (guns) on the floor of the House.

As my grandmother used to say “all of my skinfolk, ain’t kinfolk.” I guess we could now say all of my women folk, ain’t woke folk.