Celebrities, public figures and longtime fans paid tribute to the acting icon after her death was announced late Thursday 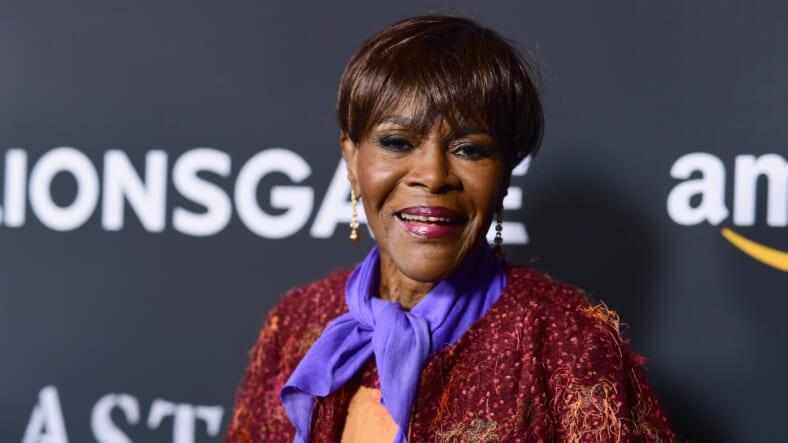 The death of Hollywood icon Cicely Tyson was announced on Thursday evening, shaking the industry to its core.

With a career that spanned over seven decades, Tyson was staple in the entertainment who influenced generations of artists who came after her. In 2020, the three-time Emmy winner was inducted into the Television Hall of Fame and her memoir, Just as I Am: A Memoir, was released just two days before her death at the age of 96.

Like many of Tyson’s fans, Hill was “stunned to hear that Cicely Tyson had joined the ancestors.”

He continued, “Words like “trailblazer,” “genius,” and “legend” are shamefully insufficient when describing Ms. Tyson. May she rest in perfect peace.”

Davis, a longtime fan of Tyson who frequently listed her as one of role models, posted a particularly heartfelt tribute to her mentor, saying she was “devastated” by the tragic news.

“I’m devastated. My heart is just broken,” she penned on Instagram. “I loved you so much!! You were everything to me! You made me feel loved and seen and valued in a world where there is still a cloak of invisibility for us dark chocolate girls. You gave me permission to dream….because it was only in my dreams that I could see the possibilities in myself.”

“I’m not ready for you to be my angel yet. But…I also understand that it’s only when the last person who has a memory of you dies, that you’ll truly be dead. In that case, you will be immortal. Thank you for shifting my life. Thank you for the long talks. Thank you for loving me. Rest well ???.”

King shared a sweet photo of her and Tyson with a caption reading, “I will cherish you always, Lady Cicely. Thank you so much. Salute.”

Actress Natasha Rothwell tweeted, ” Rest in power, Cicely. I am because you were,” with a picture of Tyson as Rebecca from the 1972 film, Sounder. Tyson was nominated for an Academy Award for her stellar performance.

Beyond Hollywood, Cicely Tyson was also an activist. In 2010, she was awarded the NAACP’s Spingarn Medal for her contribution to entertainment and her support of civil rights. In 2015, she received the prestigious Kennedy Center Honors and in 2016, President Barack Obama awarded her with the Presidential Medal of Freedom, the United States’ highest civilian honor.

Political strategist Donna Brazile told theGrio that Tyson was our “Queen and our Moses.” Brazile shared that Tyson was “always concerned about people asking them how they were,” and how she wanted everyone to drink green juice.

Organizations such as the NAACP and the King Center took time out to remember the powerhouse.

The NAACP remembered Tyson as a “legendary actress, film pioneer and activist.”

The MLK Center remembered the trailblazer as a “legendary artist, sage and matriarch,” words the center posted alongside a photo of the late Coretta Scott King.

Soledad O’Brien remembered Ms. Tyson as a woman of the people, whose stardom stretched across generations. She wrote, “So many great stories about Cicely Tyson! Whew: that lady was amazing. While shooting a doc on her in Spanish Harlem—people kept stopping their cars! In the street! To hop out and say hi! Old people. Teenagers. Middle aged fans. “Ciss-el-lee” they’d chant as she’d walk by!”

In her later years, Cicely Tyson took to the small screen where she shook the table as Ophelia Harkness on ABC’s How to Get Away With Murder. Tyson was nominated for a Primetime Emmy Award for Outstanding Guest Actress in a Drama Series in 2015, 2017, 2018, 2019 and 2020.

The show’s creator, Shonda Rhimes, took to Twitter to mourn the loss of an “extraordinary person whose power and grace will be with us forever.”

Shahidi, one of the industry’s rising stars, was “heartbroken” to hear of the news. The grown-ish star’s close friend and colleague, Zendaya, was equally upset by Tyson’s unexpected passing.

“Heartbroken by the passing of the LEGENDARY, GRACEFUL, and ICONIC, Cicely Tyson ?? From her iconic roles and dedication to her craft, to being the first Black Women to wear her hair naturally on TV, to being my first movie grandmother and guiding me with such care … her impact is TRULY INCALCULABLE #RestInPower,” she captioned a photo with the icon.

“This one hurts, today we honor and celebrate the life of one of the greatest to ever do it,” Zendaya captioned a photo of Tyson. “Thank you Cicely Tyson. Rest in great power.”

Gabrielle Union remembered Tyson as “a visionary, a leader, a lover, an author, an ICON,”

Tyson’s on-screen son in Roots, LeVar Burton, paid tribute to his co-star on Twitter in a moving post. “

This one cuts deep. @IAmCicelyTyson was my first screen Mom.. Elegance, warmth, beauty, wisdom, style and abundant grace. She was as regal as they come. An artist of the highest order, I will love her forever…RIP”

Rep. Maxine Waters said she was “So saddened to hear my friend Cicely Tyson has passed.”

She continued, “one of the most profound, talented, & celebrated actors in the industry. She was a serious actor, beautiful & spiritual woman who had unlocked the key to longevity in the way she lived her life. Forever all my love & respect.”