OPINION: Black history is currently being made at rapid speed. We must embrace it now rather than wait for it to be recorded in the history books. 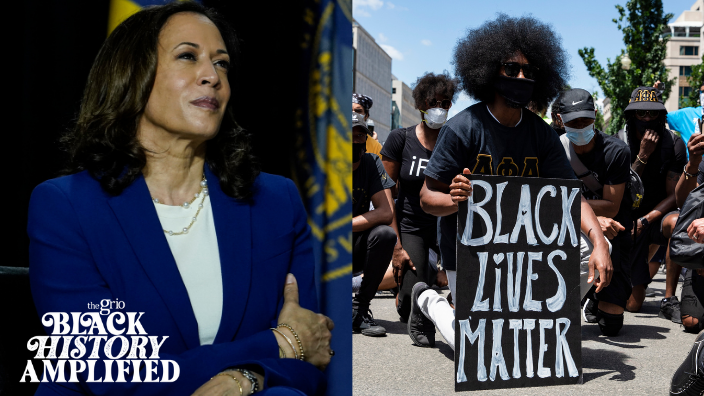 Every February, it feels as though Black History Month gets the same kind of tired play.

Read More: This Black History Month, how do we make sense of America’s whitelash?

It’s that time of the year when white people try to showcase how well they think they know Black people as they try to outdo us in Wakanda adulation. And who could ever forget the tone-deaf greetings from the less melanated who suddenly try to get “woke” all of a sudden during the shortest month of the year.

Every February, I’m reminded of all of the epic fails that former white co-workers of mine have made as an attempt to flatter me during this time. When I first graduated from college, a colleague gave me a gift wrapped up in kente cloth during Black History Month as some sort of awkward token of appreciation.

Over the years, I’ve had white people text me “Happy Black History Month” as if they were wishing me a “Merry Christmas and a Happy New Year.” I even had a co-worker propose that we have a Black History Month potluck where we bring soul food on a Friday to “celebrate this momentous occasion.”

Thank goodness it never happened because there were only myself and another Black woman in my department — I’m not sure I would have been able to pretend to eat someone else’s potato salad or unseasoned greens.

But while white institutions continue to fail in their attempts to pander to us, this Black History Month feels uniquely different. Since last February, the world has changed in more ways than one as we continue to see racial uprisings, a growing pandemic, and our nation becoming more divided. It’s almost as if society went completely chaotic after February 2020 and is somewhat beginning to return back to normal now. 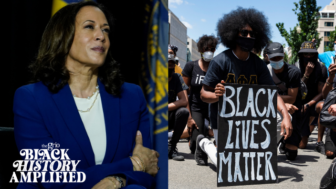 Also Read:
Black History Month this year is more than just reflecting on the past

Black America witnessed peak levels of racism, from the Karens who terrorized us minding our damn business to cops continuing to kill us unarmed — things went from zero to one hundred. Add in the fact that we also faced racial inequities shaped by the still devastating COVID-19 pandemic, presidential election drama, and an insurrection at the Capitol building driven by white supremacists who tried to obstruct our democracy — it was one hell of a year.

But in spite of these hard times, Black people do what they always have done: Rise above it and reset the culture.

When racism tried to put us in fear, the resurgence of the Black Lives Matter movement came through and shifted the consciousness of white Americans like never before. As Republicans tried to suppress our voting rights and deny us a fair election, they got slapped in the face with the power of the Black vote.

While Black women were still being disrespected in pop culture and politics, they pushed through nonetheless and made history through the influence of leaders like Stacey Abrams, Nse Ufot, Aimee Castenell, Britney Whaley, Nicole Pressley, and Ria Thompson-Washington who flipped Georgia blue and handed Joe Biden the presidency, which included making Kamala Harris our first female vice president.

Our southern ancestors were proud when they made Rev. Raphael Warnock the first Black Senator from Georgia, a minister who preached from the same church as Dr. Martin Luther King, Jr.

Black LGBTQ history was also made as both U.S. Representatives Mondaire Jones and Ritchie Torres from New York became the first openly Black gay candidates elected to Congress. Such intersectional wins stood as a testament to how progress in politics and advancing Black power has significantly changed over the years.

This is why this Black History Month can’t be celebrated the way it has in the past.

I’m so over the history trivia games and the dated revisionist history of slavery, the Harlem Renaissance, and Civil Rights Movement being taught in classrooms and mainstream media. These tired tales of Black people in bondage, being docile, passive, and subservient are inaccurate and offensive.

There are not enough books, documentaries, and oral history that can be used to counter the lies that’s been put out there about Dr. King, Rosa Parks, Malcolm X, Bayard Rustin, Langston Hughes, the Black Panthers, and so many other revolutionaries. Rather than try to educate white people, often for free, during Black History Month — Black people should be using this time to organize, celebrate, and activate our excellence even more.

Right now, we are living in history, not just observing it. One thing these times have shown us is that life can’t be taken for granted and we can’t wait for the records to scribe the major moves before we celebrate them. As other groups begin to learn about our past victories, Black people should use this month to recognize what we’re doing now.

I’m pretty much over re-reading about the same public figures who I study 365 days a year — it’s time to reclaim Black History Month for Black people and that means embracing the lessons of the past with the current fight for a better future.