White Americans must more deeply understand Dr. King's philosophies and values, as well as his critiques of them 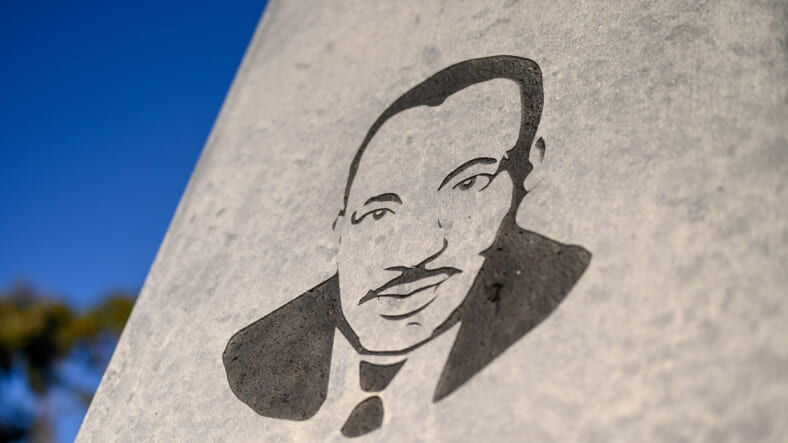 “I have a dream that my four little children will one day live in a nation where they will not be judged by the color of their skin but by the content of their character,” is the one line many white Americans can recite from a Dr. Martin Luther King Jr. speech.

Some conveniently weaponize these words. For instance, in a session last year about racism in her workplace, one white professional relied on this quote as she attempted to convince her colleagues and me that the Black Lives Matter movement is racist. King would’ve wanted us to recognize that all lives matter, regardless of color, she asserted.

I’ve heard too many other white Americans, especially conservative cable news commentators, twist King’s words in this way. What they and similarly misinformed others fail to realize is that King was one of our nation’s most courageous and consistent defenders of Black lives. I often urge people to read A Testament of Hope: The Essential Writings and Speeches of Martin Luther King Jr. Doing so could help people more accurately understand King’s specific stance on the value of Black lives.

Beyond the one or two King quotes they were taught in school, it’s important for white Americans to more deeply understand his philosophies and values, as well as his critiques of them. Indeed, it’s also good to know he earned the Nobel Peace Prize and was a steadfast defender of nonviolence in pursuits of racial and economic justice.

But pushing against the unidimensional caricature that white people have crafted of King as a colorblind organizer of interracial marches also is essential. Hence, using excerpts from his speeches and writings, I offer to white people seven inconvenient truths about King:

“I have a dream that one day…little Black boys and Black girls will be able to join hands with little white boys and white girls as sisters and brothers.” (1968) – Conveniently, white people recite this line from the “I Have a Dream” speech far less often than the aforementioned one that’s frequently misused to argue against affirmative action and other racism remedies. King was a fierce proponent of integrated schools. In them, he believed children would cultivate interracial bonds. King would be appalled that our neighborhoods and schools are just about as racially segregated now as they were in the 1960s. He’d want more white Americans to send their children to schools with meaningful numbers of Black students and Black teachers.

“There must be a grand alliance of Negro and white. This alliance must consist of the vast majorities of each group. It must have the objective of eradicating social evils [that] oppress both white and Negro.” (1964) – King would’ve found beauty and hope in the numbers of white Americans who marched for Black lives last summer. But the ways in which Donald Trump manipulated poor white people during his two campaigns and presidency undoubtedly would’ve frustrated King. He wanted whites and people of color to recognize how economic systems of oppression disadvantaged them both, and to understand that working together would significantly improve their chances of overthrowing engines of wealth inequity.

“They are never honest enough to admit that the academic and cultural lags in the Negro community are themselves the result of segregation and discrimination.” (1960) – King frequently called on white people to accept responsibility for the racial inequities they created, and to assume leadership for corrective action. Contemporary problems plaguing Black Americans are incontestable byproducts of slavery, Jim Crow, voter suppression, police brutality, and other acts of racial violence and exclusion. White people manufactured those. As King maintained, it continues to be their responsibility to right past and present wrongs.

“I have almost reached the regrettable conclusion that the Negro’s greatest stumbling block in the stride toward freedom is… the white moderate who is more devoted to ‘order’ than to justice.” (1963) – White liberals who claimed to be committed to social justice, yet did nothing to disrupt racism in their families, communities, and workplaces were more harmful than white supremacists, King felt. This continues to be the case. White elected officials, corporate executives, college presidents, and other leaders who tell people of color that we matter, then routinely fail to courageously confront racist white people are hypocrites, cowards, and themselves sustainers of white supremacy.

“The concept of supremacy is so imbedded in the white society that it will take many years for color to cease to be a judgmental factor.” (1965) – King explicitly called white supremacy by its name and understood its consequential effects. While his strategies were nonviolent and his coalitions were inclusive of whites, King was far from colorblind. Far too many indicators make painstakingly clear that race hasn’t yet ceased to be a judgmental factor in just about everything in America. White extremist groups advance particular violent notions of white supremacy. Many whites who think of themselves as good also uphold other everyday versions of it, at times unknowingly.

“America is reaping the harvest of hate and shame planted through generations of educational denial, political disenfranchisement, and economic exploitation of its Black population. Now, almost a century removed from slavery, we find the heritage of oppression and racism erupting in our cities…” (1968) – King was attempting to help whites understand how uprisings throughout the 1960s were concurrent responses to the present moment and to centuries of racial injustice. Similarly, uprisings we saw last summer were, in fact, about the murders of George Floyd and Breonna Taylor. But it is important for whites to know that fed-up Black Americans and people who stood alongside us were also protesting other, longstanding acts of racism and systems that cyclically aim to diminish the value of Black lives.

“The fact is, we have not had any insurrection in the United States because an insurrection is planned, organized, violent rebellion. What we have had is a kind of spontaneous explosion of anger.” (1968) – I’m certain King would want white Americans to know that the attack on the U.S. Capitol earlier this month was an insurrection. It was a planned, organized, and violent rebellion. Disillusioned Trump supporters, most of them white, flew on airplanes and drove across states to attend. It isn’t the same as the mostly peaceful protests we saw in numerous cities last summer. The Capitol insurrection also isn’t the same as when frustrated Black people spontaneously (and at times unpeacefully) take to the streets following the miscarriage of justice.

In the January 2021 impeachment proceedings, South Carolina Republican Congresswoman Nancy Mace suggested that President Trump and every person who contributed to the Capitol insurrection the prior week should be held accountable. Mace then said, “But today, I’m asking my colleagues to remember the words of the legendary, the great leader in this country, Dr. Martin Luther King, who once said the time is always right to do what is right.”

Despite this, she paradoxically contended that Trump shouldn’t be swiftly removed from office because the timing wasn’t right. Like the content of our character quote that so many white Americans throw around, this one was conveniently misappropriated. Mace cited King without thinking critically about what he actually would have called for given the violence that occurred and the president’s role in inciting it. I found this paradoxical.

I want Mace and other whites to read more of King’s writings, listen to more of his sermons, and reflect deeply on what it is he would call on them to do in these times. Perhaps they’ll subsequently stop conveniently and dishonestly misquoting him. 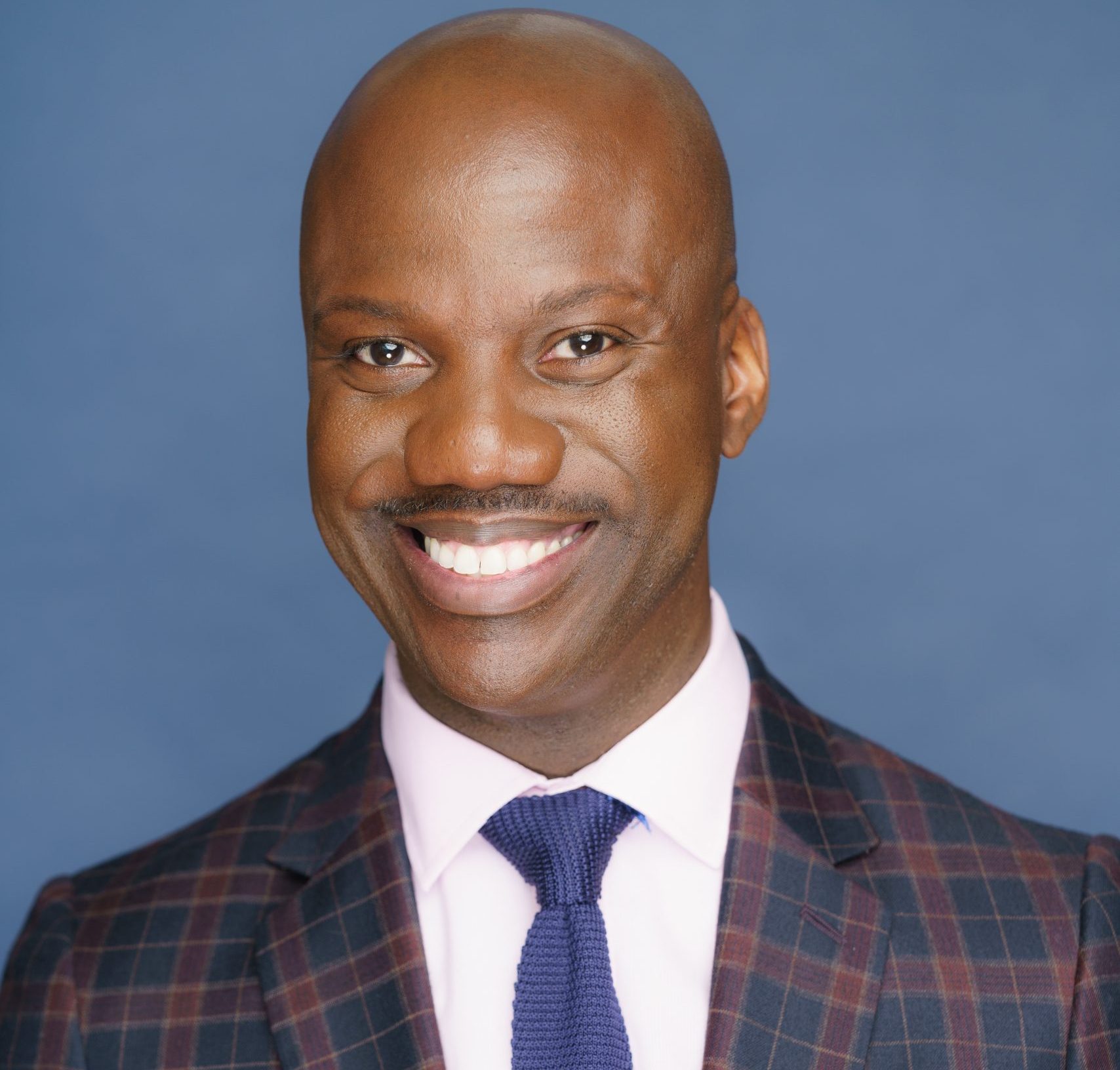 Shaun R. Harper is a Provost Professor in the Marshall School of Business at the University of Southern California. He also is founder and executive director of the USC Race and Equity Center.