Perhaps the R&B singer's 'One Wish' was to rekindle the fire of his marriage.

Singer Ray J and his wife, Princess Love are giving their marriage another shot by filling to end their second divorce proceedings.

The news shouldn’t necessarily come as a surprise since the couple shared a positive update on their relationship on a VH1 special episode of Love & Hip Hop: Unlocked, which aired in January 2021. 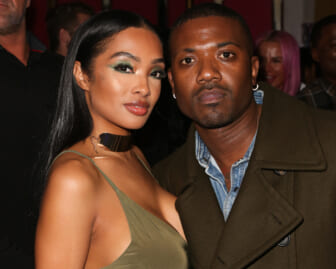 The on-again-off-again reality TV couple has had many ups and downs within their union play out before the public.

We’ve witnessed a heated fight between the two resulting in Princess Love taking a sudden drop into a pool. We agonized with them as they grappled with balancing parenting and quality time.

Additionally, we’ve gawked at awkward moments the couple encountered with friends and family who disapproved of their relationship. It’s safe to say that the growth of their overall relationship has occurred in the public eye.

It remains unclear when Ray J and Princess Love will return to our television screens, as the pandemic has put a pause on Love & Hip Hop Hollywood’s production.

But if you’re curious about what a reconciliation between Ray J and Princess Love would look like this time around, you can check out their episode of The Conversation that aired this time last year on Zeus News.

Although the couple is very open and transparent on reality TV, they remain closed lipped on their social media pages about the relationship. As you recall, negative social media posting about one another was an issue a few years ago that prompted Ray J’s big sister, Brandy to comment.