New York legalizes marijuana and Jay-Z prepares for the takeover

In a statement to theGrio, Shawn 'Jay-Z' Carter praised his home state for 'paving the way for a thriving and equitable cannabis market.' 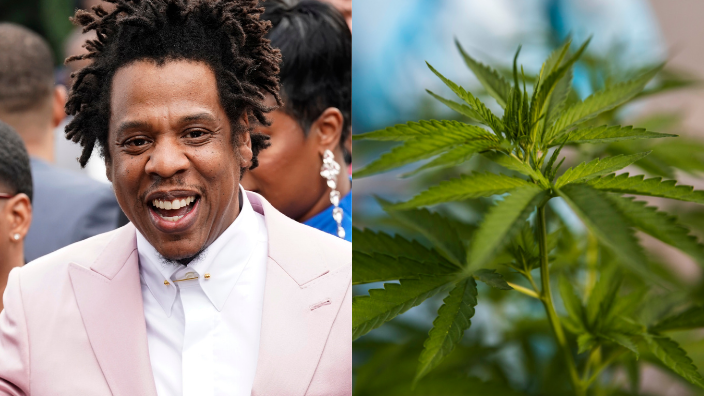 Drug legalization, like gay marriage, internet gambling and paying college athletes, is one of those issues that if not already legal in your state, everyone assumes will be at some point in the near future. Legalizing medicinal and recreational marijuana has evolved from a fringe issue for hipsters living in hollowed-out VW’s on Venice Beach to an industry that raked in over $17 billion in 2020 alone.

However, legalization efforts are still complicated by calls for equitable access to the new industry, reforming outdated policing and figuring out public safety rules for a product that as recently as 2017 was being demonized by the attorney general of the United States.

Somehow this week the state of New York seems to have solved several of these problems and opened the door for legal medical and recreational marijuana, earning the praise of business organizations, businessmen and a particular business MAN as well.

“Look they weren’t worried about the law as much as trying to decide how to split up the tax revenue,” says Steve Allan, referring to the legalization announcement in New York. If there’s anyone who knows how profitable the new weed business can be it’s Allan, the CEO of The Parent Company, the largest vertically integrated marijuana company in California.

The Parent Company boasts investors like Meek Mill and Rihanna, as well as a stable of brands and products produced by smaller companies in their portfolio. While based in California, the Parent Company has always had its eyes set on New York’s market, and breaking into the Big Apple is certainly a lot easier when the company’s Chief Visionary Officer just happens to be the most famous New Yorker who hasn’t run for president (yet).

“Jay Z has been instrumental to what we do,” says Allan, who believes that the rapper turned mogul’s mission to bring ‘dignity to cannabis’ will help smooth the transition of legalized drug sales for businesses and regular consumers alike.

Read More: Amid WH firings over marijuana use, legalization remains a hot issue

Drug legalization is going to hit New York like at Tidal-wave, and while the city might be flush with cash, in an exclusive quote to theGrio, Mr. Shawn Carter seems equally interested in how social equity programs and Black entrepreneurship can grow out of this new market.

“The news of cannabis legalization in New York is incredibly exciting. It represents a long-overdue opportunity for New Yorkers, for the cannabis industry, and for social equity and social justice,” said Jay-Z, who serves as Chief Visionary Officer for The Parent Company and owns his own cannabis brand, Monogram.

“I’ve seen first- hand the harm inflicted for generations against Black and minority communities by the war on drugs right here in New York. Today, I’m proud to see my home state join The Parent Company in paving the way for a thriving and equitable cannabis market.”

So what does social equity really look like in this instance? On the side of the New York legislature it means that 40% of the tax revenues from new drug sales will go to impoverished Black and Brown communities and previous marijuana convictions will be expunged.

Frankly, 40% seems a bit low given the scrouge the drug wars have been in the Black community which is why Jay-Z has pushed The Parent Company to do more. “He just gets it,” says Allan. “Jay Z has really pushed for the social equity venture fund within our business.”

Allan points out that supply chain equity is where things really start. If you don’t have Black folks involved in the marijuana business every step of the way — that means marijuana growers, dispensary owners, marketers and business owners — then equity is just empty business talk, like “racial reckoning,” “diversity co-ordination” and “equal pay” ideas that look good on a website but never actually happen.

This guide at The Seed Pharm will answer your questions on buying seeds so you can be on your way to growing your own cannabis.

Allan likens the marijuana industry in 2021 to the tech boom just twenty years ago. Systematic racism locked many Black people out of jobs in computer engineering, software design and finance, so by the time angel investors and venture capitalists were making it rain on “Fundmyidea.com” too many African Americans were left outside the club looking through the window.

To combat this, Jay–Z will be spearheading The Parent Company Social Equity Ventures, which launches with $10 million investment followed by a contribution of 2% of The Parent Company’s profits annually to promote diversity in the new industry.

But as the great poet Shawn Carter once said, “Men lie, women lie and numbers don’t.” Less than 4% of all marijuana dispensary owners are Black, many states offer limited marijuana licenses blocking Black entrepreneurs, and in some states there are no Black licensees at all.

Further, while many high-profile Black celebrities may offer their own brand of marijuana it’s the ability of the man and woman on the street to own part of the supply chain that will truly transform a product that was once used to justify jailing Black people into a pathway to financial liberation.

Here’s hoping that The Parent Company Social Equity Fund and Jay–Z’s plan can bring change to the newest biggest market in America. From what I’ve heard, if you can make it there, you can make it anywhere.