OPINION: No matter what Cher or anyone like her imagines or tweets, George Floyd was never safe as many white liberals stall in the face of actual racism. 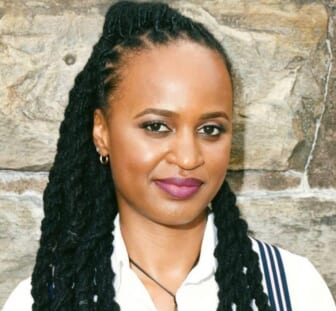 White people have a bizarre and vexatious habit of centering themselves in the most intimate aspects of Black folks’ lives.

When it comes to our racialized traumas, some of them have either mocked our deaths, used the bodies of children like Emmett Till and Michael Brown, Jr. in art exhibits, posted photos of dead Black bodies on social media, played dead at protests, or imagined themselves as protagonists who intervene in police encounters to save us from immediate death, like in this scene from the film Get Out.

All of these performances are an indelible part of the choreography of a long tradition of racist serial killing in America.

A recent example of this pathological phenomenon occurred over the weekend when Cher, the legendary “Goddess of Pop” who once performed in Cherokee drag to a single titled “Half-Breed,” wrote a tweet that seemed to echo the opening lyrics of another one of her long-ago hits: “If I could turn back time. If I could find a way.”

In the tweet, the singer told her nearly 4 million followers about a conversation she had with her 94-year-old mother about the Derek Chauvin trial in the murder of George Floyd. “Mom, I know this is gonna sound crazy, but . . I kept thinking . . . maybe if I had been there… I could’ve helped,” she tweeted.

If you have to begin a sentence with, “I know this is gonna sound crazy, but …,” that means you know you shouldn’t share it but you’re going to anyway. And it’s definitely going to sound … crazy.

Cher received both praise and backlash from commentators who said she was acting like a quintessential “white savior.” Days earlier, she said in another tweet: “Feel so unbelievably sad for the brave ppl who stood their ground to bear witness, & chronicle the murder of George Floyd for all the world to see. These were Americans who didn’t/couldn’t walk from a fellow human being having his last breath … Crushed out of his body.”

She went from acknowledging the bevy of witnesses to this open-air killing, which included four children, other white women who were traumatized by the incident, an MMA fighter, EMT, and another man who told a dying Floyd “you can’t win,” to days later using a Black man’s death to engage in a narcissistic dissonant fantasy where she centered herself as his life-saving hero.

This display of peak whiteness is especially problematic when juxtaposed against the very real, long-term trauma of the young people who witnessed Chauvin’s public lynching of Floyd, and then were called to relive the nightmare on the stand.

As The New York Times reported about witnesses in the Chauvin trial, “As the nation watched this week, witness after witness described an acute sense of lingering pain and how one corner in Minneapolis has become a haunting presence in their lives.”

The publication continued, “The often tearful testimony has highlighted how the trauma of May 25 rippled outward, with eyewitnesses describing how they have been left not only with memories of the graphic end to Mr. Floyd’s life, but also guilt that they could not do anything to save him. In their own way, each has shown the burden of being a bystander to a violent, slow-motion death, and the crippling self-doubt that followed.”

This is precisely why Cher’s tweet — and the sentiment behind it — are so deeply problematic. Black people intuitively know, based on centuries of racial terror, that intervening in police arrests can get us arrested, beaten or killed. And it is likely that all the Black children bearing witness that fateful day had been socialized by their parents not to get involved.

Can people like Cher even understand how being groomed to expect racism, police mistreatment, or the possibility of death shapes the development of Black children?

Those young people were forced into being eyewitnesses to a cold-blooded racialized murder designed not only to snuff the life from Floyd’s Black body, but to ensure that everyone watching the scene and the resulting videos got the messages about white terrorism: We can kill your fathers, brothers, uncles, and cousins in broad daylight. They can’t protect you and you can’t protect them. Black lives do not matter!

In the midst of all this generational fear and trauma, Cher feels the need to publicly share her fantasy that she alone could have appealed to Chauvin while he was in the process of murdering a Black man. As if she possessed some unique magical power to save Black lives. That while none of the people actually witnessing the atrocity were able to stop it, she — a rich, privileged white celebrity woman — could somehow have changed that bit of history.

What would she have said to Chauvin exactly? “Hey, I’m Cher. Could you please take your knee off of his neck because you’re crushing the life out of him?” And then Floyd would have lived to see another day. This is a tale of ridiculous proportions. And had her intervention saved his life, what alternate universe was Cher going to deliver him into with her benevolent hand?

Cher clearly does not know history. Perhaps she thought she was going to be praised since she has long considered herself a friend to Black folks. Like in April 2019 when she tweeted, “Bravo racist white ppl who call police to say they see Black ppl acting strange, doing suspicious things…like man doing a public gardening project, men waiting for a friend before ordering at Starbucks. Etc, Etc, Etc. Will be charged with a crime!! About f-n time.”

Or in October 2019, when she offered to pay the legal costs for Marlon Anderson, a Black security guard who was fired from his job at a Wisconsin school for using the n-word when chastising a white student who used the slur against him.

While those are noble gestures, the reality is that Cher, even with her legendary glamor and star power, would likely not have been able to stop Chauvin from murdering Floyd. This is not how racism and the business of serial killings of Black people work. While Cher might be fantasizing about her anti-racist superpowers, the reality is that even if she had been on that Minneapolis street that day, she probably wouldn’t have done anything. And let’s be real, what is the likelihood of her being at a place called Cup Foods in the ‘hood?

History provides evidence of how legions of white women and girls actually behaved at open-air killings of Black people at the hands of KKK, police and lynch mobs. Some reacted to these horrible death spectacles by cheering, pointing and grinning at charred corpses, proudly posing for photographs with lifeless bodies, and sometimes pawing through the ashes for teeth, fingers, and toes to take home as celebratory souvenirs. Others reacted by crying and vomiting, while others stood by as curious silent partners to murder.

The point is that even those white women who were deeply disturbed never faced the mob and they never put their bodies on the line to stop the killing of Black people. So Black folks don’t need to hear white folks talking about what they maybe could have done if they were at Cup Foods that day in the ‘hood and a white man had his knee on a Black man’s neck for over 9 minutes.

Meanwhile, another generation of Black children has to be a witness to the horrors of racist serial killings. We have to ask what layers of trauma are added when these young people are then called to recount their narratives to a courtroom trial, being put on the stand under oath to relive their trauma for a system in search of a verdict that is unlikely to represent justice or progress, even if Chauvin is found guilty.

This makes it especially egregious when Cher, who has no reality-based experience with racial trauma, reacts in the narcissistic fashion of a mainstream superstar. She uses her platform to perform her wokeness and to virtue signal. White people routinely center themselves, conveying that theirs are the most important voices and viewpoints on racism. That is the pathology of white saviorism — equal parts white guilt and delusions of superhuman power.

The video and the trial might be triggering a sense of discomfort, some guilt, and blending what might be genuine horror with a genuine urge to do something. But that something can’t be based on a delusional fantasy that perpetuates the status quo.

No matter what Cher or anyone like her imagines or tweets, George Floyd was never safe. Many white liberals stall in the face of actual racism — they don’t know what to do. Cher’s narrative is an example of the fantasy that they use to feel safe in their own bodies when confronted with the brutality of racism. The dissonant fantasies are a form of self-soothing. Whites get to fantasize and virtue signal without actually having to address the larger issues of unsafety for people who don’t look like them — at the hands of people who do look like them.

Cher demonstrated the pathological way of being that we often see from white people when they’re confronted with racism: jumping out of their bodies and into fantasy. This form of dissonance is fueled by the guilt they feel because they often haven’t done anything to confront or challenge the racism they’ve seen throughout their lives, and their knowledge that they’re not really going to commit to any long-term or substantive movements for change. When facing their individual or collective racism becomes too uncomfortable, this provides a comforting alternative.

When Cher’s tweet was called out, she retreated into white fragility: “Wrestled with this Twt, because I thought some ppl wouldn’t understand. Or believe an entertainer cold have honest emotions about a human being, suffering and dying, even if it’s only shown on tv. You don’t know what I’ve done, who I am, or what I believe. I CAN, I HAVE, AND I WILL HELP.”

As she tries to protect her image as an ally, she sounds like the racist Miss Millie from The Color Purple who shouts, “I’ve always been good to colored people!” This shows Cher’s blind spot about her own racism. She wants Black people to thank her, to be grateful — and when we’re not, she gets defensive and reveals her true colors.

On Saturday, she apologized for the initial tweet. She said that a friend helped her understand that “You Can Piss Ppl Off, & Hurt Them By Not Knowing Everything That’s ‘NOT appropriate’ To Say.” Cher’s tweets reveal that in the end, she has the privilege to imagine being on the scene of Floyd’s murder so she’d have a lynching story to tell, just like so many of her sisters from the past.

This is yet another white power fantasy revealing her need to be in control of a Black body, just like Chauvin. In her racial fantasy, however, she is the benevolent queen who saves the Black life, thus ensuring that it remains under her control.

There are so many ways to be a white supremacist. 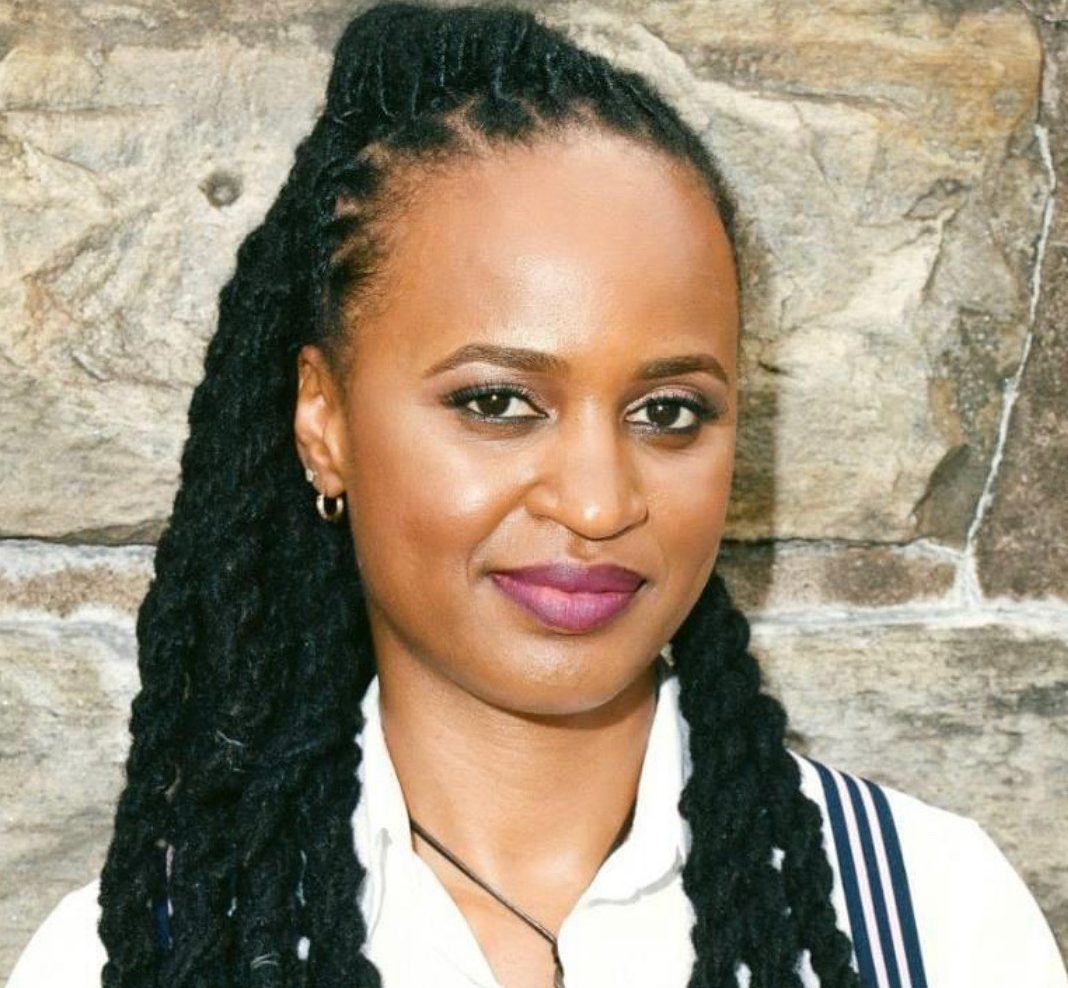 Stacey Patton, PhD is the author of Spare The Kids: Why Whupping Children Won’t Save Black America and the forthcoming book Strung Up: The Lynching of Black Children in Jim Crow America.