Will Derek Chauvin get away with murder? Not likely this time 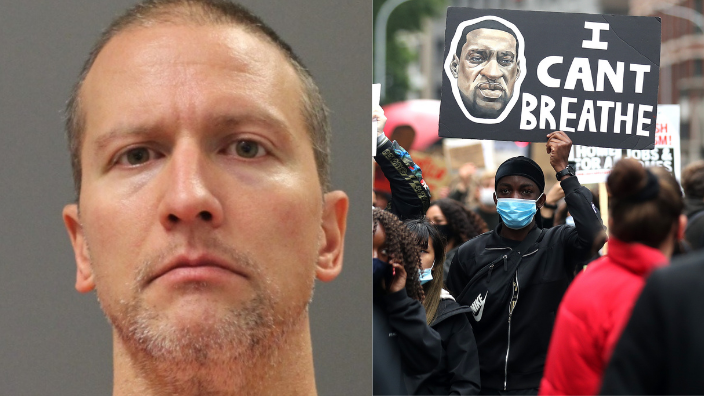 If Derek Chauvin, who murdered George Floyd on videotape, is convicted it will be for one reason in my opinion: the riveting and emotionally impactful expert testimony of Dr. Martin Tobin.

Dr. Tobin is a world-renowned pulmonologist who specializes in the mechanics of human breathing. He was presented by the prosecution as their first expert medical witness. The artful questioning by the prosecution focused on a central, and some would say singular question in the murder trial of the former Minneapolis officer Chauvin: How did George Floyd really die?

Was it Chauvin’s knee to the neck (as seems obvious), or was it some underlying health conditions that caused Floyd to suffer oxygen deprivation and ultimately lead to his death?

If this trial hasn’t been stressful enough for an anxious America waiting to see if justice will be done this time, over the past weekend another young Black man, Daunte Wright, in Minnesota was shot to death during a traffic stop. His death set off more protests, and the defense counsel on Monday asked for the jury to be sequestered as a result.

I do not know what is going on in Minnesota with policing but it is not good. Given this latest backdrop, it is critical that the prosecution establish the cause of death of George Floyd, as consistent with what the world witnessed on the infamous videotape of his final moments pleading for his life, calling for his mother, and ultimately, succumbing to death. So far, the prosecution has done a masterful job of undercutting the defense’s assertions that somehow George Floyd died from a combination of lethal drugs, a bad heart and other factors, versus what we all saw on that almost 9-minute video clip.

We have all seen this movie before and it never ends well for us as Black citizens. Someway, somehow the murdered Black victim was at fault for his or her own death. Somehow, the police in question had to use excessive violence or force as they “feared” for their lives from a person who had no weapon, was in a car, was selling cigarettes or laying prone handcuffed on the streets. Somehow, we as Black citizens always fear the worst, even when all of the evidence shows that the police in question acted unlawfully. They always get off.

In the case of George Floyd, I am just not so sure.

It only takes one juror in a murder trial to let the defendant off. A “hung jury” is still possible in my opinion if the defense’s expert witnesses contradict (as they will) the expert testimony of Dr. Tobin. They will say he is great at theory. And they will say that the presence of traces of THC or Fentanyl helped speed up Floyd’s heart disease and that caused his death. They will bring in pathologists and others who dispute what we all heard explained so clearly by the good doctor. And they too will be credible.

The state medical examiner who took the stand on Friday and who performed the autopsy on Floyd was clear that he ruled the cause of death as a homicide, not heart disease. The defense tried to poke holes in his testimony and get him to agree that there were other “causes” or contributing causes to Floyd’s death. He seemed a bit fuzzier on that point where Dr. Tobin was clear.

I think this case hinges on one thing as we enter week 3 — and that’s further expert testimony.

For his part, Dr. Tobin was calm, cool, and collected. He was also brilliant in how he broke down the “medical physics” of how George Floyd could not breathe. Of how the knee to his neck equated to some 87 lbs of force being exerted on his prone, straddled flattened chest and neck. Something Dr. Tobin made clear that no healthy person could have withstood. Dr. Tobin was equally clear that drugs were not the cause of Mr. Floyd’s death or even a contributing factor.

Instead, Tobin offered this clear statement that sent shockwaves throughout social media, and media outlets worldwide as he watched the video of Floyd’s last few moments:  “You’re seeing here fatal injury to the brain from a lack of oxygen,” Dr. Tobin said. Explaining in layman’s terms to the jurors that many of the medical terms they have heard during the trial — hypoxia, asphyxia, anoxia — all mean essentially the same thing, “a drastically low level of oxygen.”

He added that all of the officers had restricted Mr. Floyd’s breathing at the outset of the fatal encounter by flattening his rib cage against the pavement and pushing his cuffed hands into his torso. Couple that with the placement of Chauvin’s knees on his neck and back and you had a formula for disaster. Or in this case death.

The question I think we as a Black community are asking now is, yet again, do Black lives really matter? Will Chauvin who was caught red-handed on video (like many others before him) get away on a technicality or will some juror rationalize that somehow the officer did nothing wrong? Or that Officer Chauvin was within his rights to “restrain” Mr. Floyd even after he had no pulse and paramedics arrived to try and treat him.

When all is said and done, we have watched rogue law enforcement officers get away with murder in just the past decade in New York, South Carolina, Minnesota and Kentucky to name a few. Conjuring up the worst images of Jim Crow, biased juries, and racist police patrols dating back to slavery. I pray that is not the case here. I pray the jury (which is racially and gender diverse) follows the evidence and logical medical expert testimony. If they do, for once, an officer will be held responsbible for the horrific murder of a Black citizen.

And in doing so, I hope it will force police reforms and begin to rebuild trust between communities of color and law enforcement.