Fact Check: The United States is, was, and will always be a racist country

Opinion: If racism is not responsible for the continued degradation and positionality of Black and Brown Americans, then what is? 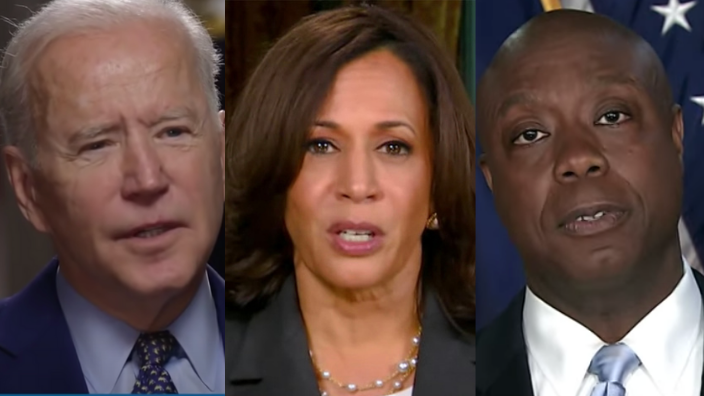 If a Black Republican and Black Democrat walked into a bar, one wouldn’t usually expect them to agree on anything let alone that racism, in the United States especially, is a thing of the past. But last week, Sen. Tim Scott (R-SC) and Vice President Kamala Harris reached across the aisle to agree that (white) American people are not racist.

In his rebuttal to President Joe Biden’s address to a joint session of Congress, Scott, the Senate’s only Black Republican, sought to offer an alternative to the Biden agenda while defending the GOP, and the nation at large, against charges of systemic racism. Scott said that “America is not a racist country” and warned that “it’s wrong to try to use our painful past to dishonestly shut down debates in the present.”

In her response on ABC News’ Good Morning America on Thursday, Vice President Harris, the first Black and Indian American in this role, agreed with Scott, saying that America is not a “racist country” but the nation must “speak the truth” about its history with racism. She applauded Biden for being courageous enough to speak the truth about this country’s history with racism.

For many, Harris’ comments were unsurprising, often aligning with her role as a former prosecutor and policies around policing and law enforcement. However, others were shocked, disappointed even, that the first Black and South Asian vice president — particularly with the onslaught of sexist and racist comments toward her own candidacy — would make such disingenuous and harmful comments about race and racism in America.

If placating centrist white voters forces a Black elected official to lie about the past, present, and likely future of the United States’ racism then we are no better than we were in 2016; and that we’ve learned nothing the past 365 days. Thankfully, I’ve learned to not be shocked about politicians politicking.

Let’s assume that Harris obviously knows that racism is still pervasive in the United States. Let’s also stipulate that she must walk a delicate line of not appearing too Black or be seen as too bold after a previous administration who consistently stoked white supremacist flames the past four years.

But Harris wasn’t the only Democrat to agree with Scott. In an interview that aired on NBC’s Today show, in being pressed on Scott’s comments on race in America, our commander in chief stated, “I don’t think the American people are racist, but I think after 400 years, African Americans have been left in a position where they are so far behind the eight ball in terms of education and health, in terms of opportunity.”

Biden continued, “I don’t think America is racist, but I think the overhang from all of the Jim Crow and before that, slavery, have had a cost and we have to deal with it.”

So, the question becomes: if racism is not responsible for the continued degradation and positionality of Black and Brown Americans, then what is? And if we can acknowledge white supremacist institutions, then, unless the ether, who holds onto it? It is impossible to understand and call attention to the ills of white supremacy and suddenly believe it went away in the 1950s following the end of de jure segregation.

George Floyd being killed was not a thing of the past. He was a 46-year-old Black man with limited options of survival before he was eventually killed by former police officer Derek Chauvin for the world to see. Though Chauvin was found guilty of Floyd’s murder after a one-month trial, this doesn’t account for the numerous times that white law enforcement officers were either not indicted or found not guilty in the murders of Black people, including Eric Garner, Mike Brown, Tamir Rice, Freddie Gray and Breonna Taylor, and many more named and unnamed.

Ma’Khia Bryant being killed was not a thing of the past. She was a 16-year-old Black girl, in state care and custody, who was defending herself before she was eventually killed by Officer Nicholas Reardon of the Columbus Police Department. Immediately after her killing, Bryant was adultified as Black girls so often are in an attempt to justify her murder. That she was a teenager in the middle of an altercation, in which she was presumed to be defending herself and may have even called the cops to seek help, did not matter.

Anti-Asian violence is not a thing of the past. An analysis of police department statistics has revealed that the United States experienced a significant hike in anti-Asian hate crimes last year across major cities. The analysis released by the Center for the Study of Hate and Extremism revealed that while such crimes in 2020 decreased overall by 7% (in large part due to the pandemic and less interaction in public spaces), those targeting Asian people rose by nearly 150 percent. The Georgia Spa Shootings in particular highlighted the intersections of racism and sexism of AAPI women.

COVID-19 is not a thing of the past. Though the COVID-19 continues to be driven down, the infection and death rates continue to disproportionately impact Black people. A global health pandemic coupled with a haphazard healthcare system creates a perfect storm for systemic racism to exact its deadly toll.

That’s because of racism, not race.

The hard truth: Black people, regardless of the American political system, cannot be comfortable stifling our voices. We must not be fixated on the “what ifs” of every two or four years, especially if that means acquiescing to people who are ready to reject our experience at a moment’s notice. While there are varying calculations at play, none of them should involve lying about how race and racism — past, present, and likely future — impacts Black Americans.

In “Kamala Harris has to walk a tightrope on race. This time, she slipped,” Global Opinions editor Karen Attiah writes “Whatever the reason for Harris’s circumspection, imagine a different approach. Imagine if Harris felt free to plainly share her own thoughts and experiences about racism in America, particularly in a national moment when racist attacks and police brutality dominate so many news cycles.” 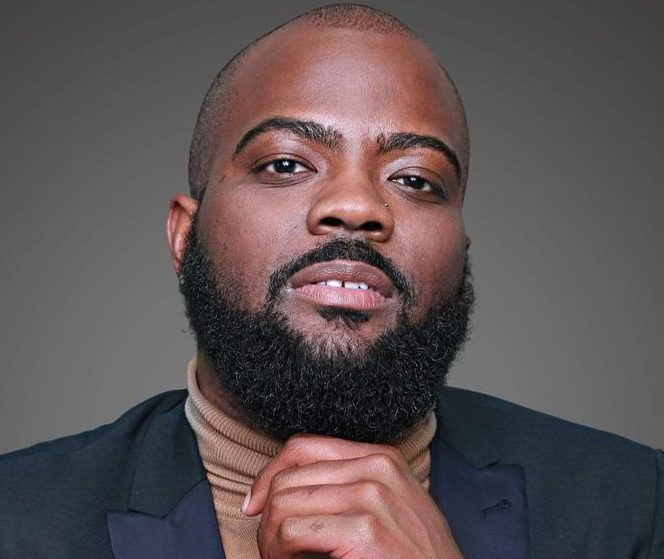 Preston Mitchum is an attorney, activist, and advocate living in Washington, DC.