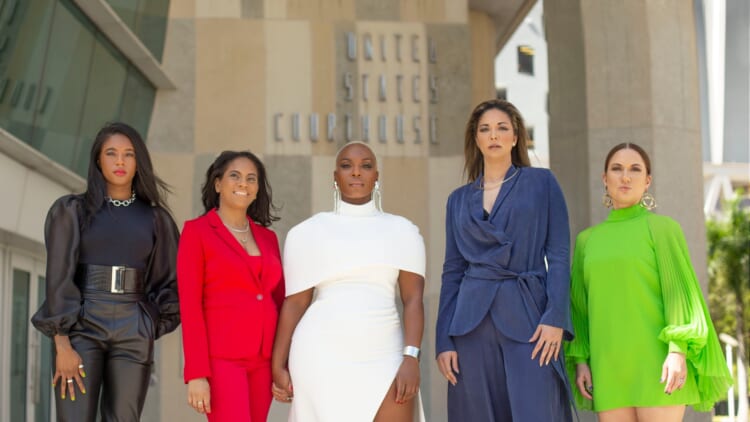 Kevin Fenner had been in prison for 14 years before a guard came to his cell to let him know he had a legal phone call waiting for him. Fenner, 53, was serving two life sentences plus two 30 year sentences under the “three strikes” law for possessing drugs approximately the size of a golf ball.

Initially, when the guard approached Fenner about the call, he refused to leave his cell. “Excuse my language, but I told the guard to get the ‘f*** away from my door,” Fenner shared.

He didn’t believe the guard was sincere, but 45 minutes later, the same guard returned to tell Fenner he indeed had a call waiting for him regarding his case. This time he took the call.

An attorney named MiAngel Cody gave Fenner some life-changing news; he would finally be going home.

“I can breathe, man, I can finally breathe,” a tearful Fenner is heard saying in a recording of the moment. Houston rapper and activist Trae Tha Truth collaborated with Cody to fight for his release. “Are you serious, man?” asked Fenner.

And serious they were. On September 16, 2020, Fenner walked out of prison a free man.

For Cody, these calls have become common occurrences. The attorney heads The Decarceration Collective, a Black woman-led law office that has helped over 40 nonviolent offenders come home from prison. The crusade helps inmates like Fenner, who are serving life sentences due to drug convictions under the “three strikes” law and the racially unfair punishments between crack and powder cocaine.

“We don’t look like typical federal lawyers,” said Cody. “People think the good lawyer is a white man or that he is Jewish, I’ve been a federal lawyer for 16 years and what I know is that we come in and get you out of prison after your lawyer lost.”

The attorney who refers to the dynamic women in her office as “lock pickers” led the 90 Days of Freedom project with Kim Kardashian. Cody adds that when creating her team she wanted women who were fierce, deeply rooted and could go in after the case was seemingly lost.

“Because my opposing counsel is the United States government, I have to make sure they are ready to go up against the government every day,” admitted Cody.

Cody released a documentary in March 2021, titled The Third Strike, that follows the women working in her firm and sheds light on the individuals she is helping to free and how their incarceration not only impacts them but their families.

“I started recording my clients and their family members in videos to send to President Obama,” said Cody. She explains that initially, she did not intend to create a documentary; however, she started shooting footage of her client’s families to add context to clemency petitions alongside mounting documents.

“I felt there was something compelling with seeing how mass incarceration affected families and the people in prison,” said Cody. She ended up winning the first clemency petition she ever submitted to the White House back in 2012.

Many people falsely assume that if an individual is sentenced to life, they committed a heinous and dangerous crime, but that isn’t always true. The “three strikes” law made its debut in Washington in 1993 and was designed to remove violent criminals from the streets, but most life cases are for nonviolent drug offenses and disproportionately impact Black men.

According to the United States Sentencing Commission, 4,436 prisoners are serving life in the Federal Bureau of Prisons as of January 2015. Drug trafficking cases were the highest occurrence in the fiscal year of 2013.

Twenty-eight states uphold the “three strikes” law, dishing out a life sentence for simple drug charges. Judges have even expressed the unfair sentencing practices of “three strikes,” but because of the law, their hands are tied. Fenner’s judge did not think a life sentence was appropriate for his crime.

“Now, I have been a judge for 25 years. I’ve had multiple homicides where defendants have killed two or three or four people and have not received a life sentence, and that’s in state court,” said Judge Michael J. Davis the day Fenner received his sentence.

At the time, Fenner had been volunteering with the “Inmate Suicide Prevention Program,” which required him to share a cell with an inmate to ensure he did not harm himself. But despite Fenner’s selflessness, the judge had no choice but to hit him with the devastating charge.

“I came to federal court 15 years ago. The sentences were quite high for drugs and especially for crack cocaine. [Kevin’s lawyer] has articulated the problems with the law,” said the judge on Fenner’s sentencing day in 2008.

Now, a decade later, Fenner is beginning to move forward with his life. He resides in Minneapolis and works for the Second Chance Project, a nonprofit providing resources for formerly incarcerated individuals.

When it comes to MiAngel, “bless her heart,” said the grandfather of six, whom his grandkids call “PawPaw.”

But the hardships of being incarcerated do not end upon release.

Another man who Cody helped free, Brian Burnside, 54, was given a life sentence under “three strikes.” He was caught with about one kilogram of crack and two kilograms of powder cocaine. He served 14 years before Cody won his release.

Burnside expressed how blessed he feels to be home and for Cody’s help but said the lack of resources provided to formerly incarcerated people is daunting and explains how it feels like a setup. “They don’t give you anything when you get out except maybe a goodbye and a “’I hope you come back,’” he said.

Burnside said that when he came home and sat with his parole agent, he was unhelpful and couldn’t even assist him in obtaining a social security card or health insurance. He is also still responsible for fees to the government. Burnside is home on parole and pays 20% of his income to the government a month for the electronic monitoring device on his ankle.

“It’s hard,” he said. “It’s as if they are betting on you not to succeed, and at my age, the odds are stacked against me.”

Burnside is one of the fortunate ones to find employment easily post-prison. Thankfully, his family has a few businesses and were willing to hire him after his release. He also has experience selling cars and obtained a license to purchase vehicles from an auction for resale. Despite the challenging road ahead, he maintains the same hope that helped him serve over a decade in prison.

“I’m grateful to be on this side of the fence,” said Burnside. “By the grace of God I’m free, God put MiAngel in my life and he worked through her to being me home.”