Issa Rae stays booked and busy. The actress/writer/producer and all-around mogul will play the role of Spider-Woman in the sequel to the popular animated film Spider-Man: Into the Spider-Verse. 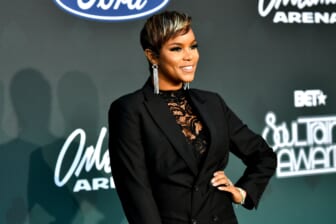 Also Read:
LeToya Luckett to star in Fox drama ‘Our Kind of People’

The Hollywood Reporter announced today that Rae joins the cast of voice actors that includes Shameik Moore and Hailee Steinfeld, who will return in their roles as Miles Morales, Spider-Man, and Spider-Gwen.

Interestingly enough, in an interview with Variety last February Rae alternately said that she loved superhero movies but not the endless incarnations of them. She did say, in a what proved to be a prescient moment, that she’d still be open to contributing to any existing franchise.

“I’m not going to block any blessings but I am tired of them ’cause I’m a huge [fan]. Since the third grade, I’ve loved Spider-Man, comic books, memorabilia, everything,” she told Variety and iHeart Radio’s “The Big Ticket.” “But I’m just like, they are over saturating my guy to death.”

But she did leave the door open to being a part of a comic book film and apparently, she got her wish.

“Would I take one on that I liked? Yes, absolutely. An existing franchise,” Rae said on the podcast. “I don’t think I’d do anything new.”

Spider-Man: Into the Spider-Verse is an updated version of the Marvel superhero featuring Morales in an alternate and more inclusive part of the Spider-Man universe. Released in 2018, the film won an Oscar for Best Animated Feature and became one of the more popular offshoots of an already popular comic franchise.

“This animated reworking of the Spidey mythos is fresh and exhilarating in a way that very few of its live-action counterparts — including the last couple of “Spider-Man” chapters — have been, ” A.O. Scott of the New York Times wrote in his review, while The Verge also gave it high praise, saying “Spider-Man: Into the Spider-Verse is a raucous, smart, self-referential adventure. The comics-inspired visuals are stunning, and the emotional coming-of-age story is relevant and inspiring, even as it acknowledges the many Spider-Man movies that have come before it.”

Rae will have some time to prepare for the role as the projected release for the film is Oct. 7, 2022.

She’ll need it as she wraps up season five of Insecure while managing an increasingly busy portfolio of entertainment entities including executive producing A Black Lady Sketch Show with Robin Thede for HBO, running her Raedio record label, a coffee shop, Hilltop Coffee, in Inglewood, California, and a rebooted version of Project Greenlight, among other ventures. She recently launched Hoorae Productions to bring all the entities together.

Rae told Forbes last February that she was motivated by more than just her individual success. 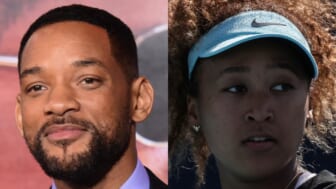 “That pound cake verse that Jay Z has where he talks about how his associates have made billions because he’s paved the way for them is “goals” for me,” she said. “It’s not even from a monetary perspective; it’s really about ownership.”