“President Trump and I have spoken many times since we left office and I don’t know if we’ll ever see eye-to-eye on that day,” Pence confessed.

When it comes to the January 6th seize of the Capitol building, former Vice President Mike Pence wants it to be known that he and former President Donald Trump are not on the same page.

According to The Associated Press, Thursday, while speaking at a Republican event in New Hampshire, Pence reflected on the stunning takeover as a “dark day” before slamming Democrats for giving that incident too much media attention.

“As I said that day, January 6th was a dark day in the history of the United States Capitol,” Pence said at the Hillsborough County Republican Committee’s annual Lincoln-Reagan Awards Dinner in Manchester. “But thanks to the swift action of the Capitol police and federal law enforcement, violence was quelled. The Capitol was secured.” 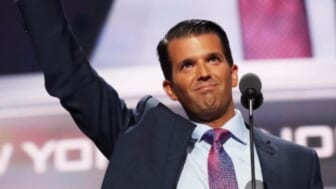 “And that same day, we reconvened the Congress and did our duty under the Constitution and the laws of the United States,” Pence continued.

He then shared that he and the ex-POTUS had spoken on several occasions since vacating the White House but viewed the actions of his staunchest supporters quite differently.

“President Trump and I have spoken many times since we left office and I don’t know if we’ll ever see eye-to-eye on that day,” he confessed. 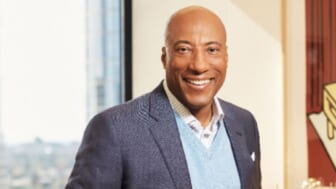 While this concession is a rare departure from Pence’s usual stance, he quickly pivoted back to his usual assault against what he believes to be President Joe Biden’s dangerous liberal agenda.

Pence also made it clear that he was part of the chorus speaking up against “critical race theory,” being taught in schools.

“America is not a racist country,” he said during the 35-minute speech, prompting applause and standing ovations. “It is past time for America to discard the left-wing myth of systemic racism. I commend state legislators and governors across the country for banning critical race theory from our schools.”

AP reports, “his choice of states, including an April appearance in South Carolina, is aimed at increasing his visibility as he considers whether to run for the White House in 2024,” before noting, “Along with his visits to South Carolina and New Hampshire, Pence has been hitting the fundraising circuit.”

Substantiating that speculation is the fact that his team has confirmed that he has been doing work with the Heritage Foundation and Young America’s Foundation, while also planning more trips in key states like Texas, California, and Michigan.