OPINION: Black voters who elected Democrats to do something deserve better, and White moderate Dems seeking bipartisanship with white nationalists are a threat to our health and safety. 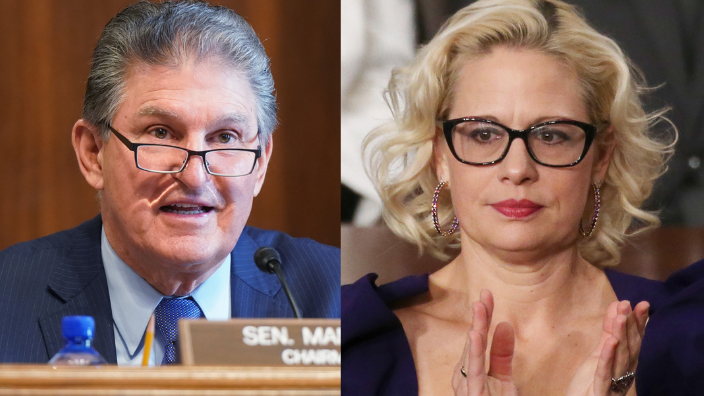 U.S. Senators Joe Manchin (D-WV) and Kyrsten Sinema (D-AZ) stand in the way of justice, freedom and democracy, and pose a threat to the lives of Black people.

Manchin and Sinema have made it clear they refuse to join fellow Democrats in removing the filibuster, a Senate rule that is found nowhere in the Constitution and requires 60 votes to pass a bill. White supremacist lawmakers once used the tool to uphold slavery, kill anti-lynching legislation and block civil rights. The filibuster cements white minority rule for Republicans and is a procedural roadblock to passing crucial legislation to protect Black Americans.

Manchin and Sinema view themselves as moderates who uphold bipartisan civility. In reality, they seek compromise with Republicans who have shown themselves consistently as bad faith actors 100% committed to blocking progress and stopping the Biden agenda. 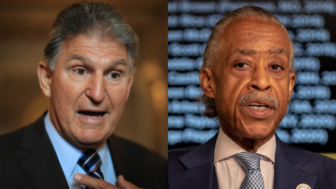 In an op-ed for the Charleston Gazette-Mail, Manchin announced he will not support the For the People Act, a comprehensive election reform package that would protect voting rights, regulate federal elections, reduce the influence of money in politics and stop voter suppression efforts across the country. The legislation is widely popular among voters, even among Republican voters.

Manchin said he will vote against the bill because no Republican Senators support it, and the right to vote has become politicized. “I believe that partisan voting legislation will destroy the already weakening binds of our democracy, and for that reason, I will vote against the For the People Act. Furthermore, I will not vote to weaken or eliminate the filibuster,” he wrote.

“If voting rights legislation had to be ‘bipartisan’ 15th Amendment would’ve never passed,” tweeted Ari Berman of Mother Jones. “It’s astonishing that Joe Manchin calls right to vote ‘fundamental’ but won’t back For the People Act that would stop greatest roll back of voting access since end of Reconstruction.”

This comes as Sen. Sinema doubled down on the filibuster, fraudulently claiming it was designed to “create comity and to encourage senators to find bipartisanship and work together.”

“The reality is that when you have a system that is not working effectively — and I would think that most would agree that the Senate is not a particularly well-oiled machine, right? The way to fix that is to fix your behavior, not to eliminate the rules or change the rules, but to change the behavior,” Sinema said alongside Republican Texas Senator John Cornyn in Arizona. The Arizona lawmaker angered Democrats when she curtsied and made an exaggerated thumbs down gesture on the Senate floor to oppose a $15 federal minimum wage.

Corporate lobbyists are compensating the two moderate Democrats for voting against Democratic policies that seek economic and racial justice. Weeks after defeating the minimum wage increase, Sinema and Manchin headlined the annual conference of the National Restaurant Association, which had actively lobbied against the bill.

The U.S. Chamber of Commerce, the largest business lobbying group in America, opposes the For the People Act and is “aggressively lobbying” against it, according to Popular Information. The Chamber is rewarding Manchin and Sinema with campaign cash for opposing Biden’s agenda, preserving the filibuster and working with Republicans, according to Reuters. Manchin’s statements against voting rights and election reform parrot the Chamber’s talking points against the legislation. And other anti-voting rights groups funded by the Koch Brothers have pressured Manchin as well.

“Let’s be clear: Manchin’s stance is not just against Black people but poor & low-wealth people of every race, creed, color, etc. Connect the dots. Manchin hides behind ‘bipartisanship,’ but he is really a puppet of the US Chamber of Commerce and the corporate elite,” tweeted Rev. Dr. William J. Barber II. Barber announced a June 14 Moral March on Manchin in West Virginia, followed by a June 23 action on Manchin and McConnell in Washington, D.C. 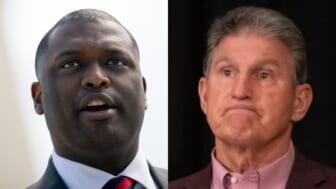 “Mitch McConnell and Joe Manchin are working in a bipartisan way to dismantle our nation’s pursuit of democracy,” tweeted Charles Booker.

Joe Manchin is a wealthy man who represents a red state that ranks at or near the very bottom of the country in health care, education, economics and infrastructure, with over 900,000 poor and low-wealth people — 45% of the population, according to Rev. Barber.

Meanwhile, Kyrsten Sinema is a former progressive from Arizona — a state Biden won thanks to mobilization from Native American and Latinx voters. And now she provides cover for white male supremacy.

Much is at stake for Black America if these senators get their way. Aside from the For the People Act, the entire Biden agenda hangs in the balance. For example, the John Lewis Voting Rights Advancement Act would restore and strengthen parts of the Voting Rights Act the Supreme Court gutted. The George Floyd Justice in Policing Act promises reform to address systemic racism and police abuse. The PRO Act would strengthen workers’ rights, and fight against systemic racism and strike down right-to-work laws rooted in Jim Crow segregation. H.R. 40 would establish a commission to study reparations, and H.R. 51, which passed the House of Representatives, would grant statehood to the District of Columbia.

Martin Luther King scorned the white moderate, whom he viewed as more of a stumbling block to Black freedom than the Ku Klux Klan.  According to King, the white moderate “is more devoted to ‘order’ than to justice,” and “paternalistically feels he can set the timetable for another man’s freedom.”

And while Senators Manchin and Sinema would have you believe the filibuster will save democracy, they would break bread with white supremacists who are killing democracy, and have no intention of playing nice. After all, Republicans voted against a bipartisanship commission to investigate the January 6 insurrection at the U.S. Capitol — because criminals don’t investigate themselves, and white lynch mobs never were held accountable in this country — and are endorsing wholesale Jim Crow voter suppression laws on the state level to cement Republican white minority rule.

These Republicans intend to take power Jim Crow style, and Sinema and Manchin must stand with them, because they certainly do not stand with Black people. And they play games with us we cannot afford.

Black voters who elected Democrats to do something deserve much better than this. White moderate Democrats seeking bipartisanship with white nationalists are a threat to our health and safety. They are getting in the way and getting on people’s last nerves, and nothing less is on the line than our lives.