The prestigious award was presented to DuVernay by her friend and frequent collaborator, media mogul Oprah Winfrey.

Ava DuVernay keeps on winning. The Peabody Awards announced on Tuesday that the acclaimed director, writer and producer’s ARRAY was being honored with Peabody’s Institutional Award, which “recognizes institutions and organizations, as well as series and programs, for their enduring body of work and their iconic impact on both the media landscape and the public imagination.”

ARRAY, a grassroots indie distribution and social-impact advocacy collective founded by DuVernay in 2011, has done major work in amplifying marginalized voices in the film industry dedicated to “narrative change.” Now, 10 years after its inception, the group was honored with a coveted Peabody, presented by DuVernay’s frequent collaborator, media mogul Oprah Winfrey.

Speaking about ARRAY and the work it has accomplished while presenting the award, Winfrey explained, “It was 10 years ago when Ava DuVernay created a unique, multi-platform arts and social impact collective dedicated to narrative change. Now this vision manifested into a production organization led by a quartet of mission-driven entities: The film distribution arm Array Releasing, the content company Array Filmworks, the programming and production hub Array Creative Campus and the nonprofit group Array Alliance.”

Winfrey and DuVernay collaborated on the 2014 film Selma and on A Wrinkle in Time in 2018, both directed by the latter. The pair also executive produce the hit drama Queen Sugar for Winfrey’s OWN network, a series created by DuVernay.

Winfrey also opened up about her own personal connection to the passionate director.

“I know all of this first-hand as I have had the great opportunity to work with Ava both in front of and behind the camera.” she said. “I’ve seen her command an entire film set with such grace and unwavering determination … Ava understands the power that we each hold and uses her influence to create content from a space that reflects the real world.”

DuVernay “gratefully” accepted the award Tuesday and spoke of her connection with Winfrey. Thanking her directly, she gushed in her speech, “Since before I ever met you, you shared kindness with me. Thank you for seeing me and my dreams before I could see them for myself. I don’t know why I’ve been so fortunate experience your kindness, your joy, your care, first-hand and up close, but I thank God everyday.” 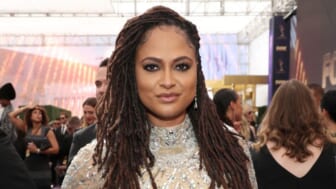 “I’ve said it before, and I’ll say it again,” she continued, “I truly treasure the Peabody because of the way in which it is determined … the body that decides this honor is diverse, in cultural background, but also in professional expertise and areas of interest. It’s just a beautiful honor.”

Peabody officials had praise for both DuVernay and ARRAY. 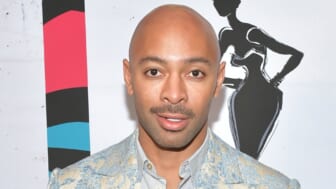 “As an Academy Award nominee and multiple Peabody and Emmy Award winner, Ava has leveraged her remarkable success to amplify and uplift women directors and storytellers of color,” said Jeffrey Jones, Peabody executive director, in a statement. “ARRAY has produced an incredible slate of projects centered around Black experiences and has led many inspirational initiatives to support up-and-coming filmmakers of color. It’s an honor to name ARRAY winner of this year’s Institutional Award.”

Among its other recent awardees are the TV shows Sesame Street, 60 Minutes, The Daily Show with Jon Stewart and The Simpsons.