“We are dealing with some critical issues. And we need bold, courageous leaders to deal with those issues. And the bottom line is, too many times Marco Rubio did not show up. And when he did, he did not have enough courage to fight for Florida,” said Florida Rep. Val Demings.

Rep. Val Demings (D-FL) is on a mission to unseat senior Republican Florida Senator Marco Rubio. On Wednesday, Demings officially launched the campaign for her senate run, addressing what she knows will be a “tough fight” in a state that has swung to the right more often than not in recent years.

“I know how to get through tough times, and I think we would all agree that we’re in some really tough, unusual times right now. But I’m not afraid of a tough fight,” Demings told the Orlando Sentinel.

“We are dealing with some critical issues. And we need bold, courageous leaders to deal with those issues. And the bottom line is, too many times Marco Rubio did not show up. And when he did, he did not have enough courage to fight for Florida,” Demings added.

On Wednesday, Demings tweeted a campaign video in which she took aim at conservative –and staunch supporter of former President Donald Trump –Rubio’s track record as a senator, characterizing him as an upholder of a dysfunctional and unproductive status quo in Washington. “There are some in Washington who prefer the same old tired ways of doing business. Too tired to fight the efforts to suppress the people’s vote. They fall back on the same tired talking points and backwards solutions,” Demings narrates. 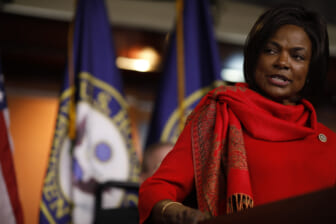 Demings currently serves as a Representative in Florida’s 10th district which includes parts of Orlando and other pockets of central Florida. In 2007, Demings became Orlando’s first female Chief of Police and gained prominence for reducing the city’s crime rate by 40 percent.

In recent years, Demings’ legislative focus has remained on crime and law enforcement, government operations, and voting rights. As a former cop who has supported police reform efforts including the George Floyd Justice In Policing Act, Demings has the potential to appeal to both progressives and moderates in Florida. Demings’ hometown of Jacksonville, Florida also flipped blue in the 2020 presidential election.

However, a Democratic victory will prove challenging in a state that Trump won in both the 2016 and 2020 general elections; Rubio narrowly won re-election in 2016.

“Marco’s contrast with Val Demings could not be greater because she has no record of results for Florida,” said Rubio campaign manager Mark Morgan, per the Washington Post.  “Since coming to Washington, she has voted with Nancy Pelosi nearly 100% of the time. Florida deserves a Senator with a proven track record of fighting, and winning, for Florida families.” 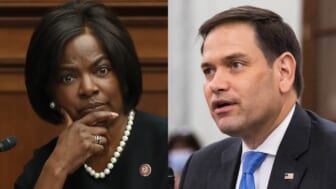 In her interview with the Orlando Sentinel, Demings pointed to the ways she believed Rubio failed to act in the best interest of Americans and Floridians, particularly during the COVID-19 pandemic.