The teen allegedly took the sleeping toddler from his crib

A teen in Texas has been charged with capital murder in connection with the death of a toddler.

Darriynn Brown, 18, is being charged with the death of 4-year-old Cash Gernon, according to the Dallas Police Department, per NBC News.

Police say an “edged weapon” was used to attack the child who was found dead in the street back in May. Police have not revealed details about the incident but said evidence they received, which was sent to an investigative lab, linked the toddler to the teen.

Cash was discovered with multiple wounds around 5:30 a.m. CT in the 7500 block of Saddleridge Drive on May 15.

According to a press release by the Dallas Police Department updated on May 17, 2021, Brown was linked to another crime and is facing charges.

“Two additional charges have been filed on Mr. Brown for Burglary of a Habitation and Injury to the Elderly from a previous incident that occurred in February.”

According to Kamron Moori, who was living in a home with Cash, there is video evidence of Brown taking the sleeping toddler from his crib.

Cash was “the sweetest little boy,” said Moori. “If I could right now, I would switch my place with his. I love this little boy.”

Moori, who said Cash’s father left the toddler in the home they were living in, said Brown is a friend to Cash’s brother and had no reason to hurt the toddler.

“There’s no reason for none of this. It’s not from revenge, not from hate, not from none of that. Not to get back at us. Nothing,” said Moori. 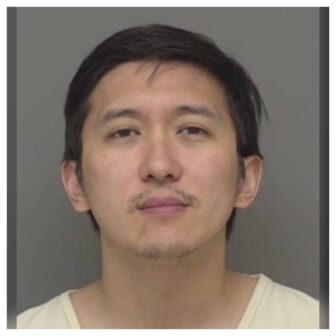 The child and his brother were in care of Ms. Monica Sherrod after their father left. Their biological mother claimed she did not know where her sons were.

“Cash was left in the care of Ms. Sherrod by his father unbeknownst to his biological mother, Ms. Melinda Seagroves. According to Ms. Sherrod, she has not been able to contact the father since his departure from her residence in March 2021,”per the release.

“Meanwhile, Ms. Seagroves, with the help of her mother Ms. Connie Ward, has been conducting an extensive search for her sons for an extended amount of time. Cash‘s brother has since been reunited with their mother, Ms. Seagroves.”

On Wednesday Brown’s attorney, Heath Harris said he is waiting for evidence:

“It’s almost a month after this tragedy and I’m still waiting to prepare this kid’s defense,” per Dallas News. “We can’t do that till we have all the evidence.”

Harris is also requesting that his client under go a psychological evaluation.

“This is not an open and shut case. Even if you believe that’s [Brown] on the video, it doesn’t mean he killed the kid,” Harris said.

But according to Dallas Police Lt. Carrie Wise it is obvious who kidnapped the child. Back in May they said: “There is no doubt who took him, and as soon as I get the lab report back there will be no doubt who killed him.”

Brown is currently in Dallas County jail with his bail set at $1.625 million.