As theGrio has extensively covered, the separation between Dr. Dre, 56, and Young, 51, has been going on since June 2020, when the couple first filed for divorce. Since then, details of their split have become public, including abuse allegations from Young, who claims Dre was violent towards her. It seems their divorce has finally been finalized, with a judge declaring them both legally single. 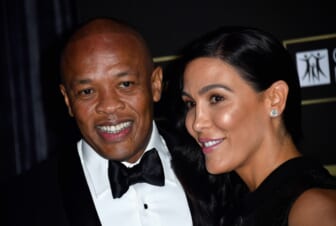 Per a recent report from TMZ, the judge “just signed off on the music mogul’s request to become officially divorced from Nicole Young.” But it seems the story isn’t over just yet, as the battle over their prenuptial agreement continues. According to TMZ, “Both Dre and Nicole will now battle it out over the validity of the prenup, which will determine their property settlement. Nicole wants the prenup declared invalid and also claims Dre agreed he would not enforce it. Dre says that never happened, and the prenup is ironclad.”

As theGrio previously reported, per official court documents, Young alleged that Dre had punched her in the face, citing years of violence and abuse throughout the course of their relationship. In them, she claims he “verbally and emotionally decimated my personhood to the extent that I currently suffer from post-traumatic stress syndrome.” She continued on to state “his long-term abuse must be a factor that the court takes into account in awarding support and fees.”

While Dre repeatedly denies Young’s claims, she shared per the documents that she’s “also offered extensive and painful testimony about Andre’s relentless campaign of abuse and control over me for more than half of my life … it is misleading, revolting and insulting for Andre to suggest that I have not been abused because, as a victim of relentless abuse and isolation, I did not create and maintain a contemporaneous record of abuse inflicted on me.”

TheGrio‘s Ny Magee reported in April that the music mogul filed new documents, claiming his estranged wife was fabricating abuse claims for money. “In the docs,” Magee reported, Dre “allegedly claims that his ex only made the abuse accusations after filing for divorce and later realizing that the prenup would not allow her to receive half of his reported billion-dollar fortune. Per TMZ, Dre also denies abusing Young before they were married.”