The Nevada Family Alliance is serious about preventing its educators from teaching critical race theory.

The group is suggesting that Washoe County School District teachers wear body cameras to ensure they are not teaching the curriculum that examines the impacts of racism known as critical race theory (CRT), per Newsweek. 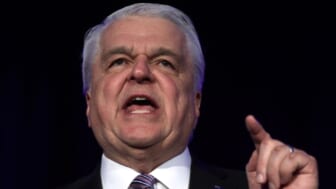 “Creating a record that could be viewed by appropriate parties, if necessary, might be the best way to urge teachers to stick to traditional teaching,” said executive director and founder of the Nevada Family Alliance Karen England in a statement released on Wednesday.

“We expect that the teachers’ unions will reject this proposal immediately,” England added. “But we should ask, what they have to hide? If police do a better job interacting with the public when they are wearing body cameras, how much more important is it for teachers to do the same?”

The curriculum has been met with criticism from Republicans who say the idea teaches that white people have thrived due to racism.

“I grew up attending segregated schools in the Jim Crow South during a time when people were treated differently based on the color of their skin,” Rep. Burgess Owens (R-Utah) wrote reported by The Washington Post in May after Republicans introduced a bill preventing the teaching. “Critical Race Theory preserves this way of thinking and undermines civil rights, constitutionally guaranteed equal protection before the law, and U.S. institutions at large.”

In April, the school began soliciting feedback in regards to a proposed enhancement to its supplemental English Language Arts curriculum for its kindergarten through 5th-grade students. The new direction involves “integrated social justice learning experiences [that] provide opportunities for valuing human dignity, fostering cultural diversity and building critical thinking,” per the district’s website.

It adds: “The materials are not aligned with Critical Race Theory.” “There has been a lot of misinformation, and we want to be clear that this is false.”

KTVN reported some 5th-grade sample questions: “How does white male privilege allow people to have a false sense of self?” and “Why are stories about heroes most often about males who are not members of diverse communities?” 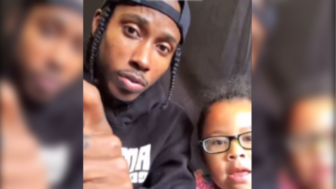 But England and her organization dismiss CRT and claim the school district’s agenda is to push “concerted efforts to indoctrinate students in the leftist narrative.”

This decision is drawing both condemnation and support from Georgians.

Georgia Gov. Brian Kemp commended the 11-2 vote by the majority-white board, which is filled with governor appointees. With the resolution, the board opposes teaching the concept in the state’s K-12 classrooms, per a press release from the governor’s office.

“I applaud the members of the State Board of Education for making it clear this dangerous, anti-American ideology has no place in Georgia classrooms,” Kemp said in the statement. “With their vote today, state school board members have ensured education in the Peach State will reflect the freedom, equality, and God-given potential of each individual.”