Kevin Hart on cancel culture: ‘I can’t be the comic today that I was’

Comedian Kevin Hart is opening up yet again about cancel culture, revealing in a recent interview that he believes he “can’t be the comic today” that he was.

Hart’s upcoming film, Fatherhood, is set to premiere on Netflix on June 18. While promoting his highly anticipated film, the comedian and actor sat down with the Sunday Times for a frank and revealing interview. The star opened up in the feature and chatted not only about the film, but his career, trajectory and his thoughts on “cancel culture.”

Seemingly referencing the backlash he faced regarding past homophobic comments resurfacing in 2019, Hart revealed exactly what he thinks about cancel culture. He shared in the interview, “If somebody has done something truly damaging then, absolutely, a consequence should be attached, but when you just talk about…nonsense? When you’re talking, ‘Someone said! They need to be taken [down]!’ Shut the f*** up! What are you talking about?” 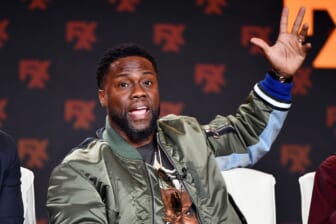 Hart continued, sharing, “When did we get to a point where life was supposed to be perfect? Where people were supposed to operate perfectly all the time? I don’t understand. I don’t expect perfection from my kids. I don’t expect it from my wife, friends, employees. Because, last I checked, the only way you grow up is from f***ing up. I don’t know a kid who hasn’t f***ed up or done some dumb shit.”

“I’ve been canceled, what, three or four times? Never bothered. If you allow it to have an effect on you, it will. Personally? That’s not how I operate,” said the comedian, who stepped down from hosting the 2019 Academy Awards due to the fallout over his older tweets.

Speaking to the landscape of comedy today, he shared, “You’re thinking that things you say will come back and bite you on the as. I can’t be the comic today that I was when I got into this. It’s about the intent behind what you say — there’s an assumption it’s always bad and, somehow, we forgot comedians are going for the laugh. You’re not saying something to make people angry. That’s not why I’m on stage. I’m trying to make you laugh and if I did not make you laugh I failed. That’s my consequence.” 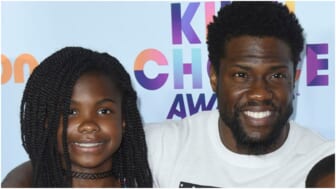 The saga surrounding Hart’s homophobic comments and subsequent backlash is something he also touched on in the interview.

He explained, “If people want to pull up stuff, go back to the same tweets of old, go ahead. There is nothing I can do. You’re looking at a younger version of myself. A comedian trying to be funny and, at that attempt, failing. Apologies were made. I understand now how it comes off. I look back and cringe. So it’s growth. It’s about growth.”

You can read the entire interview with the Sunday Times, here.