Republican lawmakers across the country aim to prevent school lessons on race and systemic racism in an effort to protect children from feeling bad about the color of their skin.

Conservative activists have aligned with frustrated (mostly white) parents who are rallying across the country to aid local politicians in the war against critical race theory (CTR).

At the core of CRT is the white-washing of America’s racist history, which includes omissions from social studies/textbooks about the teachings of Martin Luther King Jr., the Native Americans, and slavery, as well as the cultural significance of Frederick Douglass and how white supremacy has long been the heartbeat of American society.

What the anti-CTR movement fears most is white youth learning about the horrors of global white supremacy and saying, “Woah, white people did that?”

American history has long taught that whites are superior and Blacks are oppressed. The dominant society wants to flip the script by crafting a fantastical narrative that whites are the indigenous peoples of America and that Blacks arrived from Africa to be their “helpers.”

Opponents of critical race theory also want to make it illegal (or punishable) for educators to teach about America’s racist laws that impact people of color.

As theGRIO previously reported, the Nevada Family Alliance is serious about preventing its educators from teaching critical race theory. The group is suggesting that Washoe County School District teachers wear body cameras to ensure they are not teaching the curriculum that examines the impacts of racism, per Newsweek.

“Creating a record that could be viewed by appropriate parties, if necessary, might be the best way to urge teachers to stick to traditional teaching,” said executive director and founder of the Nevada Family Alliance Karen England in a statement.

“We expect that the teachers’ unions will reject this proposal immediately,” England added. “But we should ask, what they have to hide? If police do a better job interacting with the public when they are wearing body cameras, how much more important is it for teachers to do the same?” 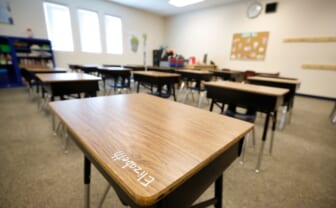 The curriculum has been met with criticism from Republicans who don’t want students to know that white people have thrived due to racism.

“I grew up attending segregated schools in the Jim Crow South during a time when people were treated differently based on the color of their skin,” Rep. Burgess Owens (R-Utah) wrote, reported by The Washington Post in May after Republicans introduced a bill preventing the teaching.

The ‘No Left Turn in Education’ movement among parents is also gaining steam in its efforts to combat “left-leaning indoctrination” in K-12 schools. The organization has established chapters in 18 states in less than six months.

“We believe that K-12 education should be free from indoctrination and politicization,” the group’s website states. “Radical teachings motivated by a political agenda and deliberately spread by teachers, administrators, school board members, and even state officials have infiltrated schools across the nation.”

Republican Texas state Rep. Steve Toth believes that a curriculum centered on systemic racism is itself a form of racism. Toth is the primary author of the state’s House Bill 3979, which seeks to ban critical race theory in public schools.

“This bill is a direct reflection of the 1964 Civil Rights Act,” Toth told Yahoo News. “It echoes Dr. King’s wish that we should judge people on the content of their character, not their skin.”

Toth’s bill states that educaors are not allowed to explore the concept that “one race or sex is inherently superior to another race or sex,” or that “an individual, by virtue of the individual’s race or sex, bears responsibility for actions committed in the past by other members of the same race or sex.”

House Bill 3979 has passed in both chambers of the Texas Legislature and is now awaiting Gov. Greg Abbott’s signature to become law.

Florida’s Republican Gov. Ron DeSantis recently said he will get the “political apparatus involved so we can make sure there’s not a single school board member who supports critical race theory.” 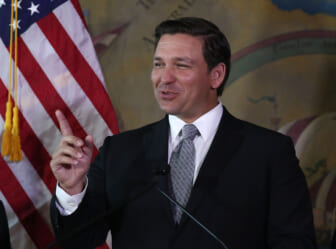 “The thing that disturbs me the most about politicizing school boards is there is no mention of kids. It’s not community centered, it’s centered on political thought and theory and things that don’t connect to education,” said Sonja McKenzie, a member of the board of directors of the National School Boards Action Center, which advocates for public education.

“The things that have been politicized — reopening schools, mask-wearing, critical race theory — a lot of these are above and beyond the purview of what you do as school boards.”